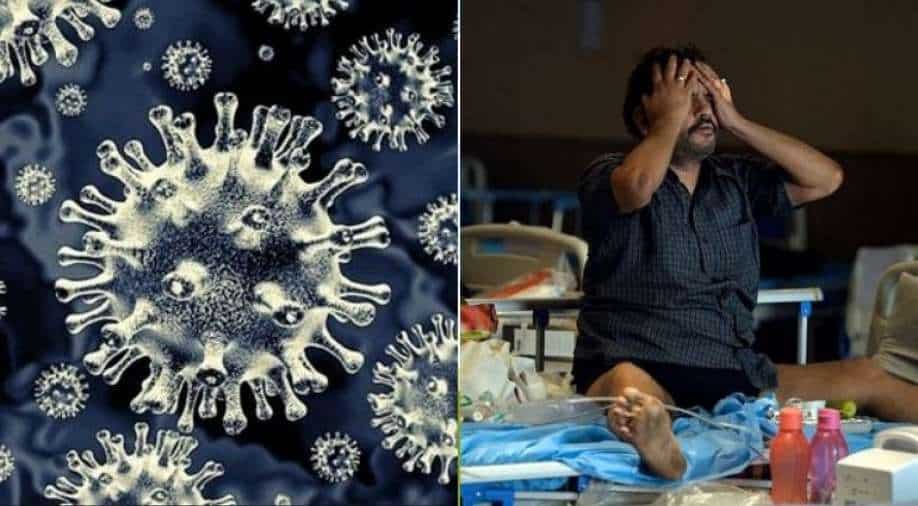 Mucormycosis, caused by a mucor mould commonly found in soils and decaying vegetables, infects the sinuses, the brain, and the lungs of immuno-compromised people. Photograph:(Twitter)
Follow Us

The black fungus that invades the brain is being increasingly seen in vulnerable patients in India as the health system continues to struggle amid the pandemic.

Mucormycosis, commonly called black fungus, is a serious and rare fungal infection affecting those suffering from coronavirus in India.

The black fungus that invades the brain is being increasingly seen in vulnerable patients in India as the health system continues to struggle amid the pandemic.

This infection caused by a group of fungi called mucormycetes. These are ubiquitous in the environment and can often be seen on rotting food. Despite being common in the environment, it doesn’t cause infection in humans as our immune cells can easily fight such pathogens.

Gravitas: What is Black Fungus or Mucormycosis?

How does the infection start and progress?

The Central government in an advisory said the fungal infection mainly affects people who are on medication that reduces their ability to fight environmental pathogens.

The evidence-based advisory for screening, diagnosis and management of the disease was released by the Indian Council of Medical Research (ICMR) and the Union health ministry.

“Mucormycosis, if uncared for, may turn fatal. Sinuses or lungs of such individuals get affected after fungal spores are inhaled from the air,” it said.

How is it diagnosed?

Warning symptoms include pain and redness around the eyes and nose, fever, headache, coughing, shortness of breath, bloody vomits and altered mental status, the advisory stated.

In COVID-19 patients with diabetes and immuno-suppressed individuals, one must suspect mucormycosis if there is sinusitis, one-side facial pain or numbness, blackish discolouration over the bridge of the nose or palate, toothache, blurred or double vision with pain, skin lesion, thrombosis, chest pain and worsening respiratory symptoms, it said.

How is it prevented and treated?

To prevent the disease, blood glucose level should be monitored post-COVID discharge and also in diabetic patients; steroids should be used judiciously incorrect timing, dose and duration; clean sterile water should be used in humidifiers during oxygen therapy, and antibiotics and antifungal medicines should be used correctly, it said.

The disease can be managed by controlling diabetes, discontinuing immunomodulating drugs, reducing steroids and extensive surgical debridement- to remove all necrotic materials, according to the advisory.