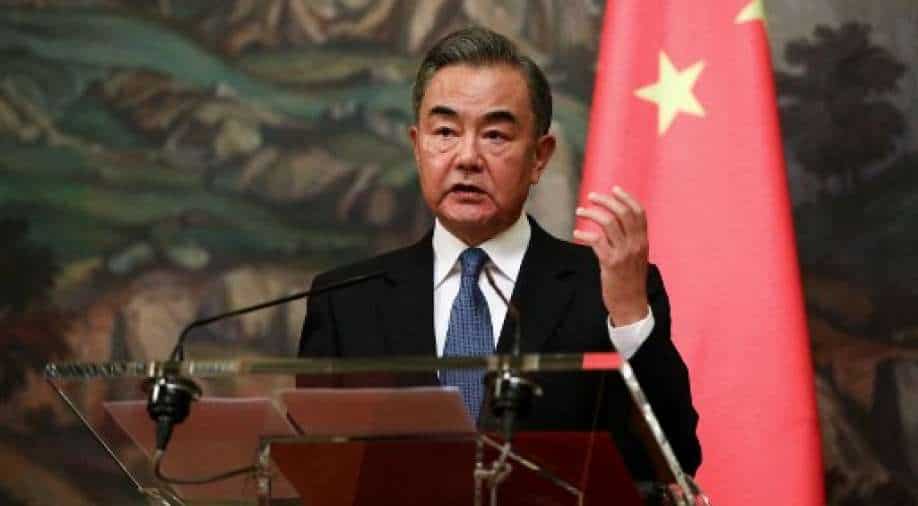 Amid de-escalation of tensions along the Line of Actual Control(LAC), Chinese foreign minister Wang Yi said the boundary dispute between the two countries "is not the whole story of the China-India relationship".

"It is important that the two sides manage disputes properly and at the same time expand and enhance cooperation to create enabling conditions for the settlement of the issue," Wang said at an online press conference in Beijing.

Wang asserted that the boundary dispute is "an issue left from history", adding that,"it is important that the two sides manage disputes properly and at the same time expand and enhance cooperation to create enabling conditions for the settlement of the issue."

"The two sides need to help each other to succeed instead of undercutting each other. We should intensify cooperation instead of harbouring suspicion at each other," China's foreign minister said.

India and China were involved a standoff along the LAC in eastern Ladakh since June after troops from both sides clashed at Galwan Valley in which 20 Indian soldiers were killed in action, China later said four of its soldiers were also killed in the clash and one was injured.

"The right and wrongs at what happened at the border area last year are clear, so are the stakes involved. We are committed to settling the boundary dispute through dialogue and consultation. At the same time we are resolved to safeguard our sovereign rights," he said.

"In the year ahead we hope India will work with China to truly deliver on the important common understanding reached by our leaders that the two countries are not threats to each other but opportunities for each other's development," Wang said.

"Both sides should consolidate existing consensus, strengthen dialogue and communication, improve the control mechanism and jointly safeguard peace in the border areas," he said.

"Together we can bring greater benefits to the 2.7 billion people in China and India, make greater contributions to the advent of the Asian century," China's foreign minister said.