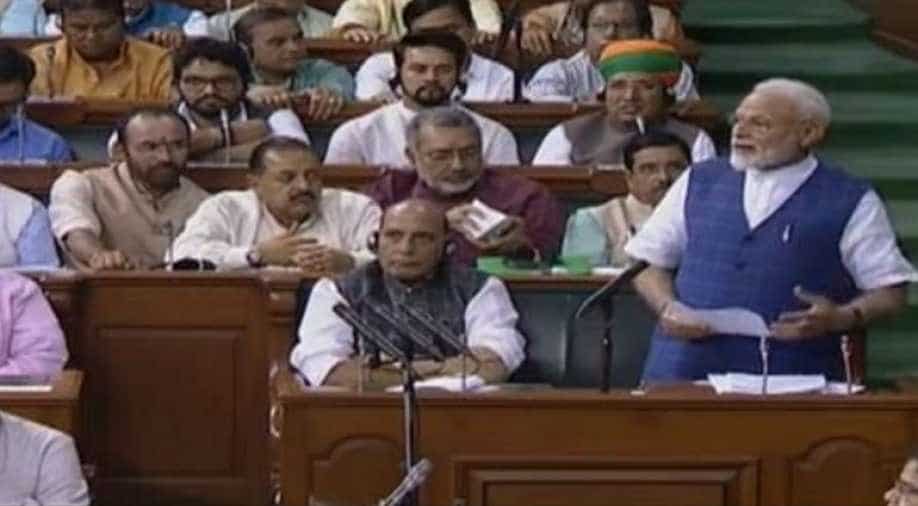 'Soul of the nation was crushed on this day, June 25, 44 years ago,' he said, adding that all castes, groups, religions had fought together to reclaim democracy.

Launching a scathing attack on Congress Party on Tuesday PM Narendra Modi said that Emergency was imposed on this day in 1975 and the blot on India’s soul will never be forgotten.

In his maiden speech in the 17th Lok Sabha, the prime minister said: “A few people were constantly asking during the debate – Who did it? Who did it? I want to ask them, today is 25th June. Who imposed the Emergency? Who trampled over the spirit of the Constitution, gagged the media and bullied the judiciary? We can’t forget those dark days.”

Replying to 'Motion Of Thanks On the President's Address' in Lok Sabha https://t.co/oXpl0TMDOg

The Prime Minister recalled the "horrors of emergency" while targeting Congress, the prime Opposition party. "Soul of the nation was crushed on this day, June 25, 44 years ago," he said, adding that all castes, groups, religions had fought together to reclaim democracy.

Taking a potshot at the Congress, Prime Minister Narendra Modi on Tuesday said the party never recognised efforts of anyone but only the members from the Gandhi-Nehru family.

Replying to the Motion of Thanks to the President's address in Lok Sabha, Modi said the Congress never spoke about the good work of former Prime Ministers Atal Bihari Vajpayee and Narasimha Rao.

The Prime Minister said the NDA was given a chance to serve the nation in 2014 as the people thought it was a way of escaping from the UPA regime.