We are landing where no one has gone before: ISRO chief Sivan on Chandrayaan-2 landing 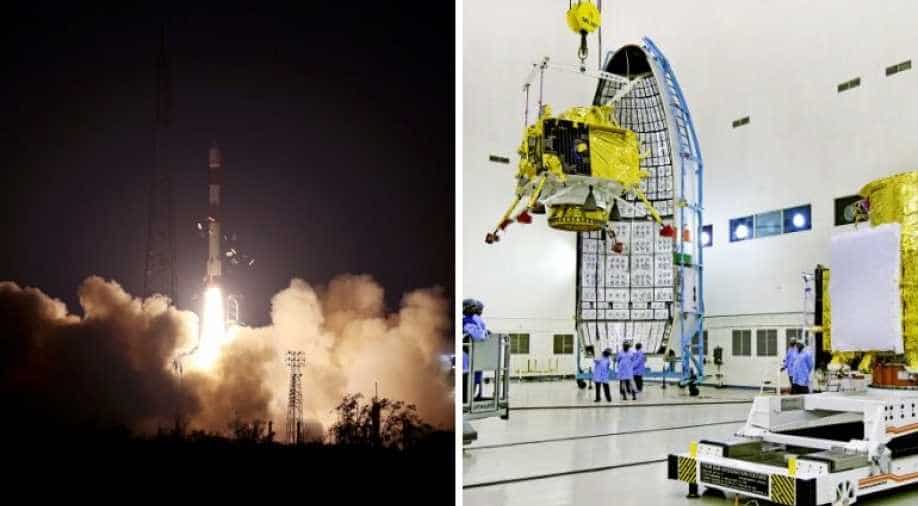 Hours before the landing of India's lunar mission Chandrayaan-2 on the surface of the Moon, ISRO chief K Sivan praised the efforts of the organisation and said the Vikram module of Chandrayaan-2 will reach the Moon at a place where "no one else has ever gone before."

India is all set to script history during the intervening night of Friday-Saturday with Chandrayaan-2 scheduled to land on the region of the Moon which has not yet been explored by any country.

The region remains unexplored and discoveries made from can increase our understanding of space.

Also read: Chandrayaan-2: What is 'soft landing' on the Moon?

"Evidence for water molecules discovered by Chandrayaan-1, requires further studies on the extent of water molecule distribution on the surface, below the surface and in the tenuous lunar exosphere to address the origin of water on Moon," ISRO's website read, adding that "there is a possibility of the presence of water in permanently shadowed areas around it".

"We have done our jobs very well, now we are waiting for tonight's result. This would be a big event as Prime Minister Narendra Modi will also be coming tonight to watch the final descent of Chandrayaan-2," he added.

Once the 'Vikram' module of Chandrayaan 2 makes a soft landing on the Moon early Saturday, India will become the fourth country after the US, Russia, and China to achieve the feat.

After revolving around the Earth's orbit for nearly 23 days, the craft began its journey to the Moon on August 14. The mission had taken off from the Satish Dhawan Space Centre in Sriharikota on July 22.