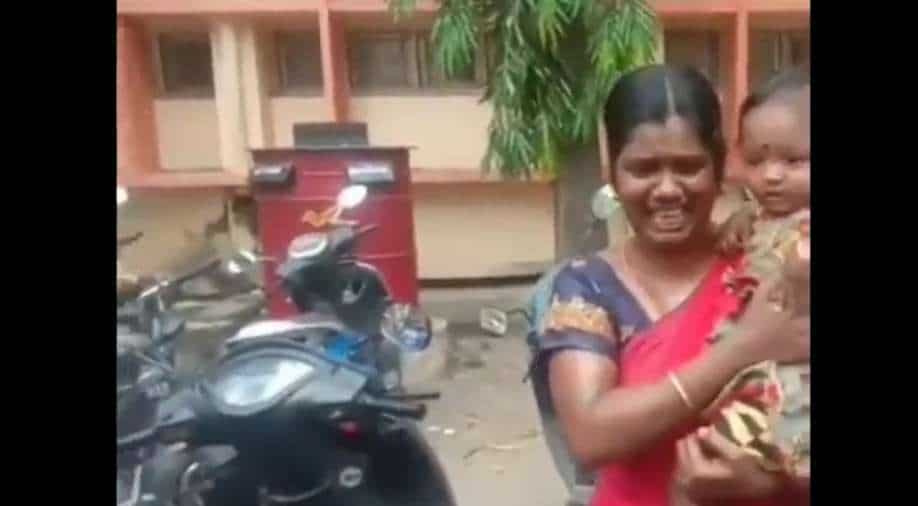 A few of the journalists who were at the spot covering the event spotted the woman pouring kerosene upon herself and the baby.

A woman carrying her baby who approached a local government office for grievance redressal attempted self-immolation on the premises after the officials concerned reportedly did not pay heed to her repeated requests for help.

The incident took place in Tamil Nadu's Ramanathapuram district, on the day when the local administration had organised a grievance redressal camp.

A few of the journalists who were at the spot covering the event spotted the woman pouring kerosene upon herself.

"When we looked around, we realised that this was happening just a few feet from where we were standing. The woman seemed to be in extreme distress and had doused herself and her daughter in kerosene and was just about to strike the matchbox. Three of us intervened and tried to reason with her and snatched the matchbox out of her hands," Sethu, a photojournalist, told WION.

Journalists in #ramanathapuram #TamilNadu rescue a lady, who attempted to self-immolate along with her infant,as authorities didn't act upon her complaints of husband abandoning her & daughter, demanding dowry

According to reports, the woman had approached the office seeking help against dowry harassment. The woman and her child were abandoned by her husband after unable to provide Rs.500,000 cash in dowry.

"There is no respite for me, and nobody has helped… My husband abandoned me and did not even come to see the girl child when she was born. He is saying that he doesn’t like me… He(my husband Ramesh) is working at the Keelakarai branch of the Indian Bank, and has been demanding Rs 500,000—this after he took 15 sovereigns of gold ornaments,” the woman can be heard while weeping and lamenting in the clip.

Following the incident, the journalists Sethu, Kumar and Veera called the police and ensured that the distressed woman was taken to safety.