WATCH: I prayed for them, says Indian priest captured by ISIS 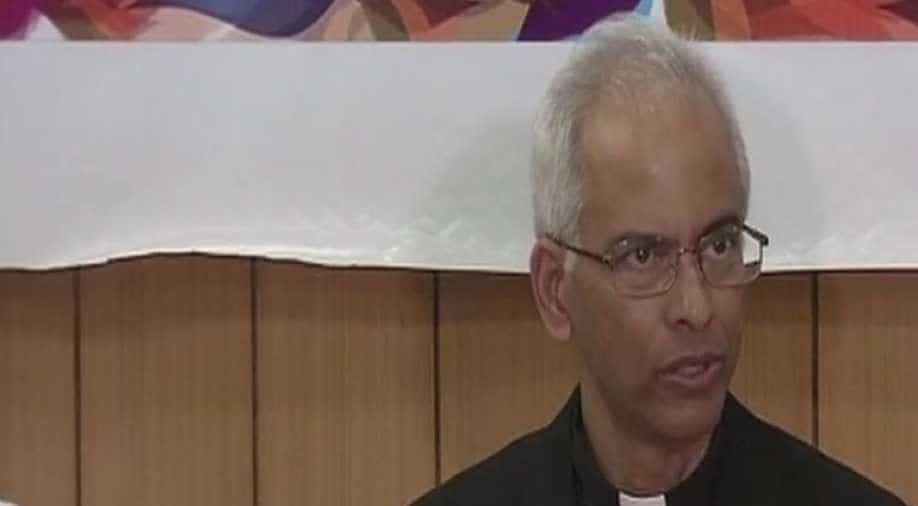 'He was happy that I am freed. He said take care of your health now,' Uzhunnalil said of his meeting with Modi. Photograph:( ANI )

He spoke with the media after meeting with the prime minister.

WATCH Fr. Tom Uzhunnalil, who was recently rescued from captivity in Yemen addresses the media in Delhi https://t.co/gijqttwKZx

"I have prayed for those who kept me (captive). They gave me food & didn't harm me physically," Father Tom Uzhunnalil said.

"God has a mission for all of us and my mission has to be present for the old and the dying," he added.

Uzhunnalil also spoke of his meeting with Modi, saying the prime minister was happy that he was now free. And that Modi told him to look after his health.

"He was happy that I am freed. He said take care of your health now," Uzhunnalil said of his meeting with Modi.

He also said the ISIS  had asked him who would help him -- the government or the church?

Uzhunnalil added that he did not know what they did after that.

Uzhunnalil is a Vatican priest from Kerala.

He was abducted in March when ISIS terrorists barged into a care home for the elderly set up by Mother Teresa’s Missionaries of Charity in Yemen’s Aden.

The terrorists shot dead a number of people including four nuns, one of whom was from India.