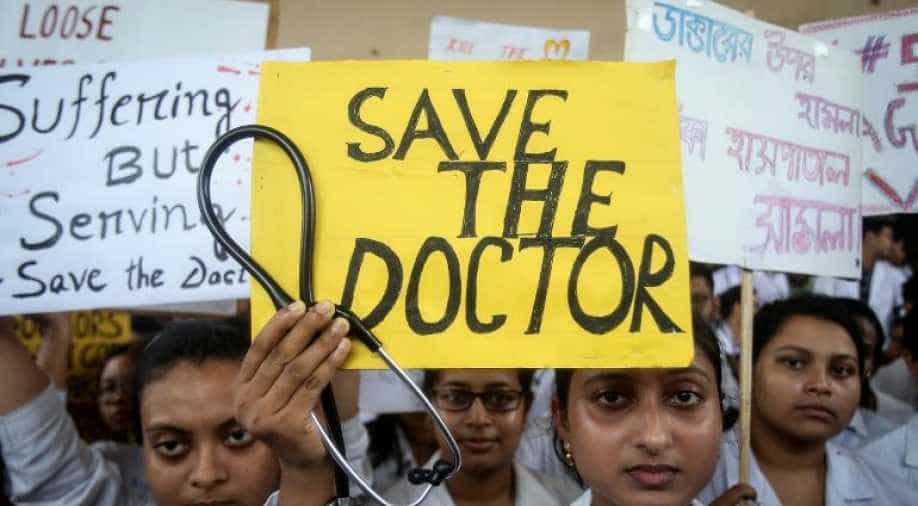 It took the doctor to call the police to tackle the staged incident, as he calls it. He later went to the police station and 'lodged a complaint against them for defaming and insulting.'

Warangal-based orthopaedic surgeon Dr P Sudhir Kumar was left stunned when a woman patient, who had come for a checkup, accused him of misbehaviour and created a scene at a hospital here earlier this week.

"A female patient came with the complaint of backache and body pains. I heard the patient's complaint, asked her to turn around and was about to examine her back when she pushed my hand away and started shouting. I was surprised by her reaction," said Dr Kumar while narrating his ordeal.

Alleging a conspiracy to defame the hospital, he said, "Even before I could react, one male patient who was in the room and two other from outside came and started shouting and abusing me.

After some time, her husband along with others came and abused me. I told them I was only about to examine her and did not do anything wrong."

It took the doctor to call the police to tackle the staged incident, as he calls it. He later went to the police station and "lodged a complaint against them for defaming and insulting."

"I took out the CCTV footage which clearly shows what I had done. As a senior practitioner working for 16 years in Warangal, if I am facing this kind of harassment how would others tackle situations like these? I have been made scapegoat and defamed in this incident as lots of videos and posts went viral on social media," he said.

The woman identified as Sandhya also lodged a complaint against the doctor for misbehaving with her. The police are verifying the claims of both parties.

Matwada police station Circle Inspector Jeevan Reddy said, "We have recovered the CCTV footage from the hospital and it looks like a false complaint was given against the doctor. We are collecting technical evidence in the case. If the complaint is proved to be false, the case will be against the doctor will be dissolved."