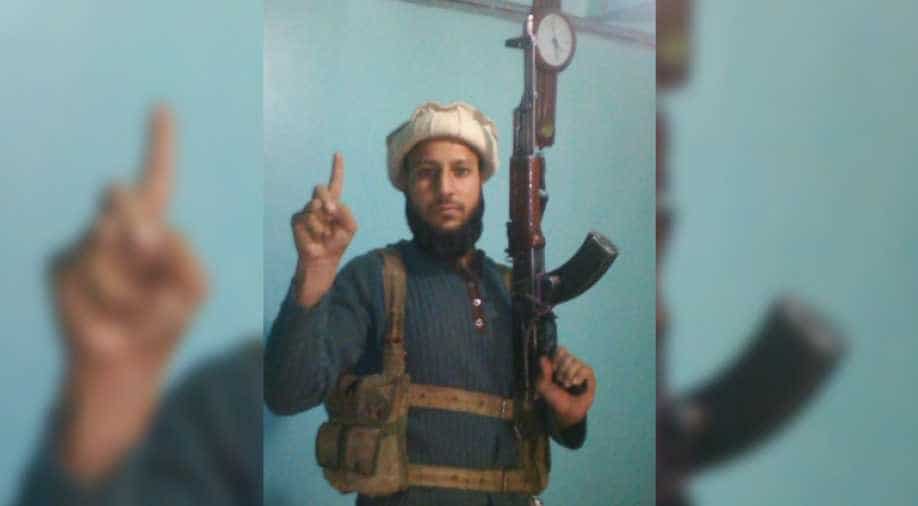 Several pictures of Ahmad holding an AK assault rifle had gone viral on social media in the recent past.

A wanted Hizbul Mujahideen terrorist, who was luring youths into militancy, was arrested on Sunday in Kishtwar district of Jammu and Kashmir, a senior police officer said.

Reyaz Ahmad, a resident of Sounder Dachhan village and a close associate of hardcore terrorist Mohammad Amin alias 'Jhangir', was arrested by a police party based on specific information from the town, Senior Superintendent of Police, Kishtwar, Rajinder Gupta told PTI.

Jammu and Kashmir Police: Kishtwar Police arrested a wanted terrorist Reyaz Ahmed. He is a hardcore motivator of youth who encourages them for joining militancy and terrorist activities. pic.twitter.com/uZkGLA0myN

He said several pictures of Ahmad holding an AK assault rifle had gone viral on social media in the recent past and his name also surfaced during the interrogation of two of his associates who were arrested in the town on July 1.

Following the arrest of his two associates, a case was registered at the Kishtwar police station.

The officer said Ahmad was also involved in another case related to militancy in the Parimpora locality of Srinagar.

Some more arrests and recoveries are expected at his disclosure, the officer said, adding he was a hardcore motivator encouraging local youth to join militancy.

Jehangir is the longest surviving terrorist active in the Kishtwar belt, he said