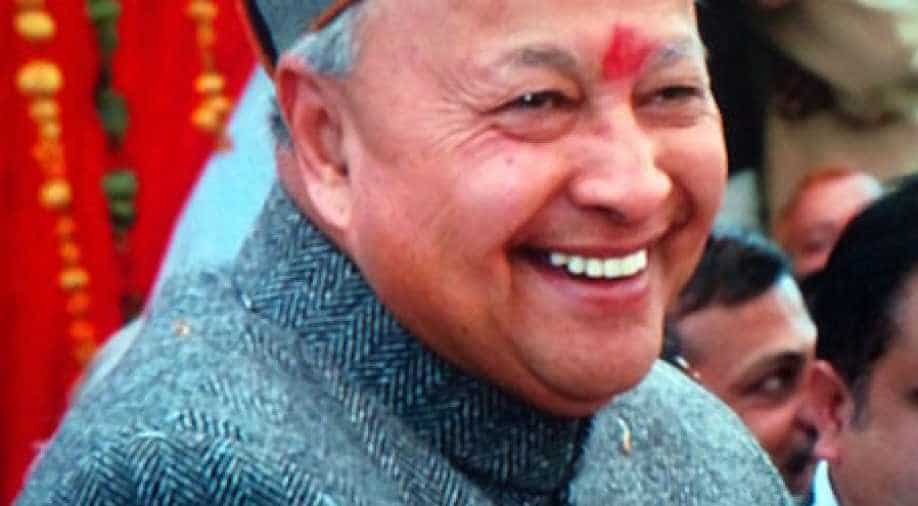 Himachal Pradesh this morning in 68 constituencies where 337 candidates including 62 MLAs are in the fray.

As many as 7,525 polling booths have been set up in the state and 37,605 polling personnel have been deputed for poll duty.

Besides 17,850 personnel of police and Home Guards and 65 companies of central paramilitary force have been deployed.

The ruling Congress led by the chief minister and the BJP led with former chief minister Dhumal are contesting all 68 seats while the BSP is contesting 42 seats, followed by the CPI(M) 14, Swabhiman Party and Lok Gathbandhan Party six each and the CPI-3.

The 12-days high-voltage campaign, which came to an end on Tuesday, saw over 450 rallies by star campaigners of the BJP and the Congress including Prime minister Narendra Modi and BJP chief Amit Shah who addressed seven and six rallies respectively.

Corruption was the main focus of the BJP campaign with the party training its guns at Chief Minister Virbhadra Singh, while the Congress hit out at the BJP over the issue of GST and demonetisation.

There is a straight contest only in one constituency (Jhanduta) while the maximum number of 12 candidates is in the fray in Dharamsala.

The BJP has fielded four Congressmen including former minister Anil Sharma and given a ticket to on Independent from Chopal while Congress had fielded two independents from Paonta Sahib and Kangra.

Both Chief Minister Virbhadra Singh and Dhumal have shifted their constituencies and are contesting from Arki and Sujanpur.

Chief Parliamentary Secretary Mansa Ram, who was elected for the first time in 1967 from Karsog(SC), is in the fray for the eleventh time.

There are 19 women in the fray including six fielded by the BJP and three by the Congress while seven rebels each of BJP and Congress are also contesting the polls.

At present, the Congress and the BJP have 35 and 28 MLAs respectively in the 68-member House besides four independents while one seat is vacant.

Over 180 independents and a dozen rebels of the Congress including former ministers Singhi Ram (Rampur) and Vijay Singh Mankotia (Shahpur) are in the fray.

Web-casting would be used in 2,307 polling stations in the state for live monitoring of polling activities in the state.

VVPAT machines are being used for the first time in this Vidhan Sabha Election and 10 percent of total EVMs and VVPATs have been kept in reserve.
The Election Commission has also allowed the electors to cast their vote by producing any one document out of the 12 identity documents.