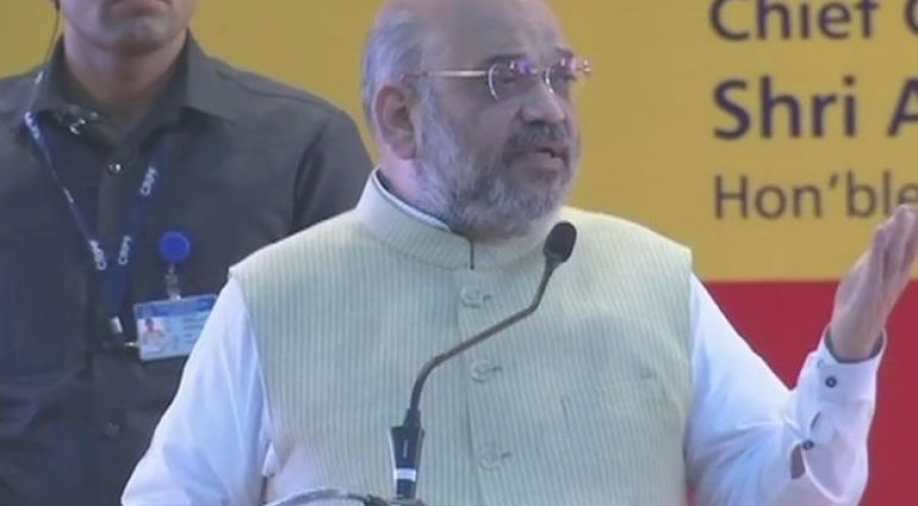 Invoking Vinayak Damodar Savarkar, Shah credited the former for coining the 1857 rebellion as the First War of Indian Independence.

Union Home Minister Amit Shah on Thursday discussed the might of Emperor Skandgupta and the art with which ruled while emphasising the need to re-write the country's glorious and proud history by making it a reference book.

"The Mauryan and the Gupta dynasty gave the most elevated spot to Indian culture in the world," he said urging historians to present the true Indian version of history.

Invoking Vinayak Damodar Savarkar, Shah credited the former for coining the 1857 rebellion as the First War of Indian Independence.

"Had it not been for Veer Savarkar, the rebellion of 1857 would not have become history, we would have seen it from the point of view of British. Veer Savarkar was the one who named the 1857 rebellion as the first independence struggle," he further said.

"It is the duty of every country to preserve and nurture its history, it is the duty of the public and of the country`s historians. Till when do we keep on criticising the Britishers for it. Today the country is independent, edit our history and write out new manuscripts. I am sure the truth in our history will make it famous," he said addressing a seminar at the Banaras Hindu University (BHU) here.

Shah inaugurated the two-day international seminar on "the role and relevance of famous ruler of Gupta Dynasty, Skandagupta Vikramaditya and the political future of the nation" at the BHU campus.

The Home Minister said the "biggest success" for the Gupta Empire was that they ended confrontation between the Vaishali and Magadha dynasties and moved towards the creation of a united India.

Talking about Skandagupta, Shah said the ruler had always tried to save the culture, language, art, literature and governance system of India.

"Chandragupta Vikramaditya had gained a lot of fame in history. But a lot of injustice happened to him in history. His might was perhaps not appreciated as much," the Home Minister while espousing about the ruler`s significance.

Touching upon the contributions of Skandagupta, Shah said, "Skandagupta's big contributions during his rule was strengthening governance, creation of cities and planning the rule for revenue collection for the effective running of the administration. He fought bravely with Huns.

"But it is unfortunate that today if anyone asks for 100 pages to study on Skandagupta, they are not available," he lamented.

Shah continued, "So, there is a need to write about the great rulers like Skandagupta, Chandragupta Vikramaditya and others who had been not given enough due in the existing documented history."

The Home Minister remembered Pandit Madan Mohan Malaviya and thanked him for setting up the BHU, which according to him, had played a key role in rebuilding the country after independence.

"Whatever might have been on the mind of Pandit Madan Mohan Malviyaji at the time of the establishment of BHU, but this university has played a key role propagating Hindu culture and has stood tall to protect it," Shah said.

"After hundreds of years of slavery it is very difficult for any person to reinstate the pride, only a university can do this. These universities are the reason why we are happy with the present-day image of the country and are assured about its future too," he added.