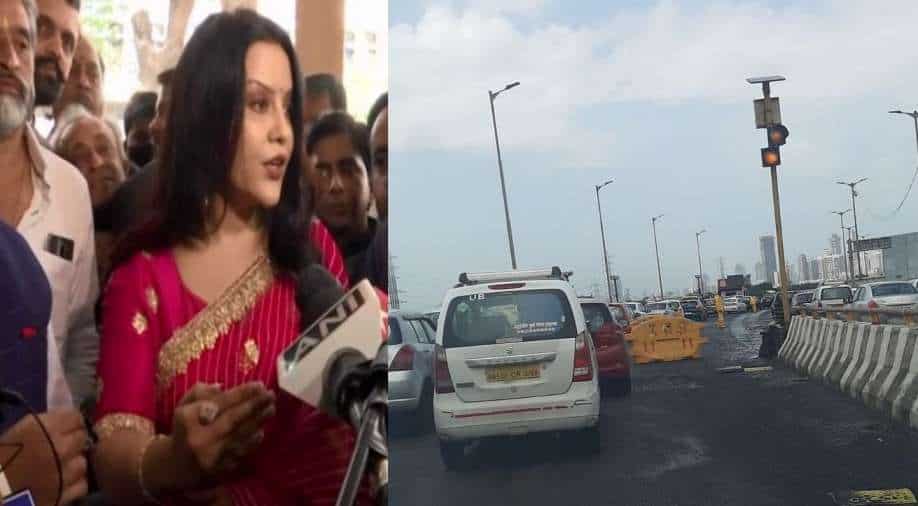 Shiv Sena leader Priyanka Chaturvedi, without naming Ms Fadnavis, took a dig at her statement. She called it, "Best (il)logic of the day."

Indian state Maharashtra's former Chief Minister Devendra Fadnavis' wife Amruta Fadnavis has claimed that Mumbai's traffic is the cause of three per cent of divorces in the city.

“Whenever I say anything, I say it as a common citizen. Whenever I go out, I see several issues including potholes and traffic which concern us. I go out as a common woman. Do you know how many divorces are happening due to the traffic jam? 3 per cent divorces happen because people cannot give time to their families. When will you address these issues?" claimed Amruta.

Her remarks went viral on social media and garnered tons of reactions.

Shiv Sena leader Priyanka Chaturvedi, without naming Ms Fadnavis, took a dig at her statement. She called it, "Best (il)logic of the day."

Best (il)logic of the day award goes to the lady who claims 3% Mumbaikars are divorcing due to traffic on roads. Please take a holiday break rather than having a mind on brake..
Bengaluru families please avoid reading this , can prove fatal for your marriages 😂

She further said that Bengaluru families should avoid reading this as it can prove to be fatal for marriages.

Potholes have always been a problem in this Indian city. Earlier in September, the Brihanmumbai Municipal Corporation (BMC) had claimed that it had fixed over 31,000 potholes on city roads.