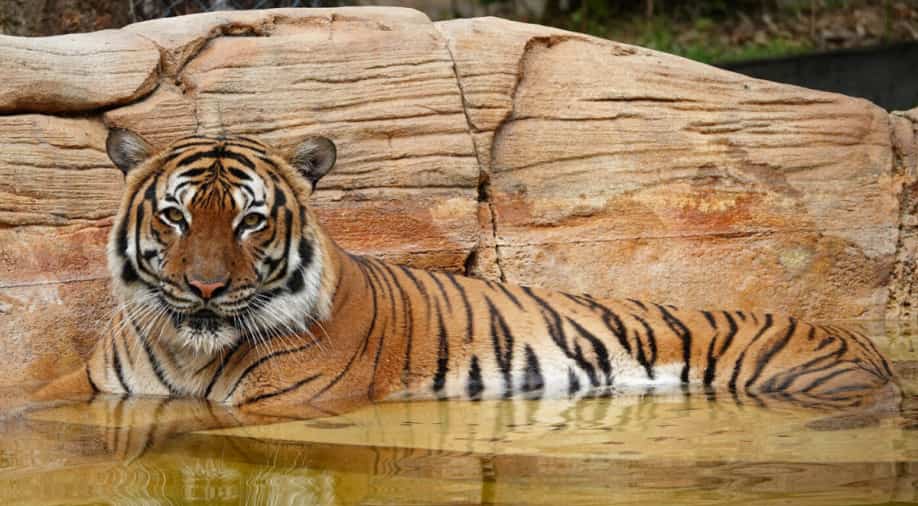 In this file photo, an Indian Royal Bengal tiger can be seen in Sariska Tiger reserve Photograph:( Reuters )

According to forest officials, over a dozen tigers have gone missing which has raised concerns about the effectiveness of the claims made by forest reserves in Rajasthan

Tigers are mysteriously disappearing from the Ranthambore National Park and the Sariska Tiger Reserve in India. According to forest officials, over a dozen tigers have gone missing. This has raised concerns about the effectiveness of the claims made by forest reserves in Rajasthan.

“We are looking for the tiger in surrounding areas. It is not possible to say anything right now. We are taking the help of villagers to try and locate the missing tiger,” said Sariska’s field director RN Meena.

Meanwhile, State Forest department official Aridam Tomar said, “Tigers have died in the country and our state. A campaign is run by the department to curb the poaching of tigers.”

According to a report published in 'The Independent', ST-13 fathered dozens of cubs and descended from tiger royalty but his disappearance has brought back the spectre of poaching and rumblings of a cover-up to Tiger Point in Sariska Tiger Reserve.

This semi-arid region of western India’s Aravalli Hill Range was once the tiger’s ideal habitat, where it could stalk its plentiful supply of prey, chital, sambar, and wild pig, across Sariska’s 880 square km (340 square miles) of scrubland, forests, and ravines.

But it now lies virtually empty after losing its main attraction. Forest officials say the annual number of visitors to the reserve has halved to 30,000 since the tigers disappeared.

According to wildlife groups, people living inside the forests pose a threat to the tigers as they are often hired by organized poachers to kill the tigers.

The villagers also resort to felling trees for fuel wood, as well as keeping herds of cattle which compete for grazing pastures with the tiger’s prey.

Authorities plan to relocate the villages in the core area of the reserve but so far only two of the 11 villages have agreed to relocate for a compensation package that includes 100,000 rupees ($2,440) per family.

If the relocation of the two villages is successful, it will convince other villages to follow, say officials.

There are also two highways which run right through prime habitat inside the park carrying thousands of vehicles every day, which conservationists say must be diverted.