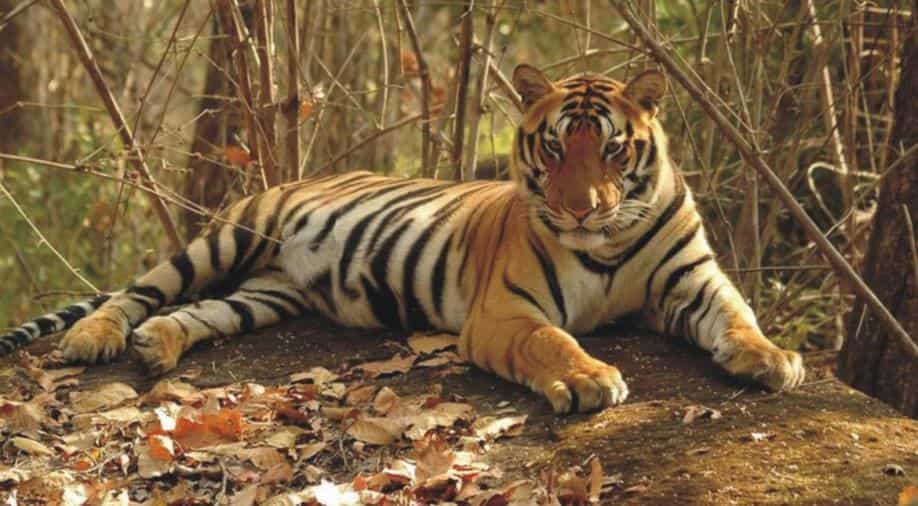 After India hit an all-time low of 1400 tiger in the 2006-2007 period, concerted efforts by conservation activists, forest departments and the government led to a healthy increase in big cat numbers.

In July 2019 India had reasons to cheer after the Prime Minister announced the All India Tiger Estimation results of 2018. In four years, India had seen an increase of 700 of these big cats. But with the growth in tiger population, bigger challenges now face the forest departments. On October 13, a 4-day operation by the Karnataka Forest department led to the capture of a young tiger from around the Bandipur Tiger Reserve. The tiger had been tormenting villagers, by killing 2 people and over a dozen cattle. 6 veterinarians, multiple teams and forest department elephants identified the tiger using camera traps and pug marks and managed to tranquilise it. But while the department has been lauded for capturing the big cat, the problems are bigger than that.

After India hit an all-time low of 1400 tiger in the 2006-2007 period, concerted efforts by conservation activists, forest departments and the government led to a healthy increase in big cat numbers. In 2014 India reported figures of 2226 and a 33% increase on that in 2018 with 2967 big cats. Tigers are extremely territorial animals and require an average of 10-12sqkm area, depending on the prey population. There are over 130 tigers in Bandipur Tiger Reserve that is spread across 912sqkm. With territories shrinking, the tigers are venturing into villages and hamlets.

'Man-animal conflict is a serious issue right now. Karnataka has been a successful state in the country with tiger numbers going up. A census report came this August. Every four years we see a 30% rise in Karnataka. With 524 tigers in Karnataka and forest areas largely remaining the same the issue(of man-animal conflict) is bound to exist. The tigers are safe inside and keep breeding. But the young tigers have to come out as stronger ones are inside and the young should find their own territory. Yes, there are issues of tigers spilling out. Though we have adjoining forest areas where the tiger can venture, every sanctuary has a saturation point and man-animal conflict is going to increase seriously in the future' says Sanjai Mohan, Principal Chief Conservator of Forests(Wildlife), Karnataka.

Joseph Hoover, a conservationist who was part of the tiger capture operation in Bandipur says villagers have reported multiple sightings of tigers in the last few months. 'At this point in time, there are far too many tigers in Bandipur and Nagarahole. These forest areas cannot hold that many tigers. This way we are seeing so many tigers come out of their territory because there is no space. A tiger that has already established territory will not let another tiger come in. In Nagarhole, problems are bigger than Bandipur. Tigers are venturing into hamlets and that is an issue. Every week we hear stories about tigers venturing into someone farm and this is becoming worrisome. Are we prepared to capture them? Do we have the right equipment? Are we mentally, physically and technologically prepared for it?' questions Hoover.

India is believed to be home to 60% of the global tiger population and Karnataka has the second-highest population in the country with 524 tigers. Villagers have also highlighted the worsening of the problem due to forest fires, that devoured close to 11,000 acres in Bandipur this year alone. 'I was there when the tiger was captured. Villagers came up to us and said another tiger and a cub were spotted in another area. How do you keep them inside the forest area? You cannot obviously keep everything fenced like how they have done in Kruger National Park. This is where the challenge lies. That is why we told the forest dept that we should be better prepared. We saw the on-ground realities. We knew the tiger was close by, but we couldn't identify where it was. Had we had the thermal imagery facility we could have identified where the tiger was and tranquilised it on the second day. Lack of equipment was the issue.' says Hoover

The change big cat behaviour has also been a cause of concern. Tigers are extremely shy animals and have traditionally known to stay away from human habitats. But the tiger that was captured was not only sighted frequently villagers in farms but had also killed two farmers. In one incident, it had stayed in the bushes near the deceased farmer, despite villagers creating a ruckus to chase it away. 'Tiger is a very shy animal but in this case, it was a very bold animal that could look into your eyes. It is a male in its prime and we don't know why it took to killing humans. One theory is when it was trying to kill the cattle the humans might have come in the way.' says Hoover.

But the forest department says that the situation is yet to reach alarming levels. While the man-eater's behaviour has been odd considering it is a young tiger that is uninjured, it could just be an aberration. 'The tiger still wants to live deep in the forest and live on natural prey. Bandipur has around 130 tigers, but only 1 tiger has shown this behaviour. But issues are there. As tiger numbers increase they need independent area and this problem will increase.' says Sanjai Mohan.

Over 120 villages are in close proximity of the Bandipur forest area, but this is only in Karnataka. Bandipur is adjoined by BTR Tiger Reserve, Nagarahole, Madumalai, Sathyamangalam and Wayanad that form the Nilgiri Ecosphere with a dense population of the big cats. So what is the solution to the issue? The National Tiger Conservation Authority has repeatedly asked for buffer zones to be increased, but state governments have not made any real progress on that front. 'As far as tigers are concerned, the barricades are unable to stop them. But right now the situation is not alarming. But in the future when the situation worsens we have to see. The way forward is to have many rescue centres, where the captured tigers can feel at home. In a zoo, it is confined to a very small place. It is better to have areas in the forests that can be earmarked and fenced where we can place tigers exhibiting such behaviour.' says Sanjai Mohan.