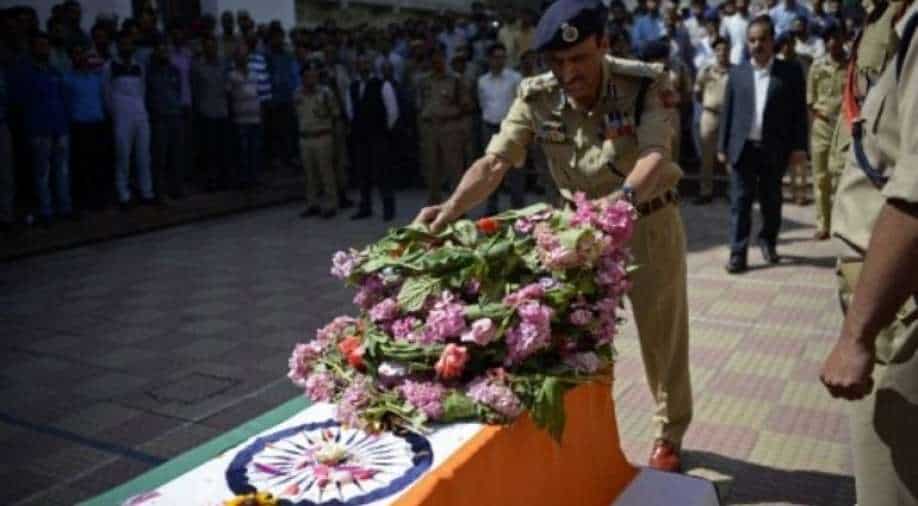 A Wreath Laying ceremony was held in the Pulwama district, which was attended by top police and paramilitary officials. (representative image) Photograph:( AFP )

Terrorists killed a Jammu and Kashmir Police constable in South Kashmir's Pulwama district. Terrorists fired upon Police Constable Reyaz Ahmad Thoker, S/O Ali Mohammed, at his residence at Gudroo, Pulwama. According to police, Reyaz had gone to drop off his 4-year-old son at school. Police constable Reyaz was shifted to a hospital in an injured state but later succumbed to his injuries.

Jammu and Kashmir Police paid rich tributes to the policeman. A Wreath Laying ceremony was held in the Pulwama district, which was attended by top police and paramilitary officials.

"It's a coward attack by terrorists on Our Jawan, who had gone to drop off his 4-year-old son. It’s condemnable and we have started our investigation into the matter." We will identify them and give them a befitting reply too. Jammu and Kashmir Police have been and will fight terrorists and terrorism, and incidents like these won’t affect our morale, "said Abdul Jabbar, DIG South Kashmir.

The police also said that all the security arrangements have been put in place in South Kashmir with regard to the Amarnath Yatra.

We have made all security arrangements. We are capable of dealing with any security challenge. "said Abdul Jabbar, DIG South Kashmir.

Police said that two terrorists carried out the attack and they will soon be identified.