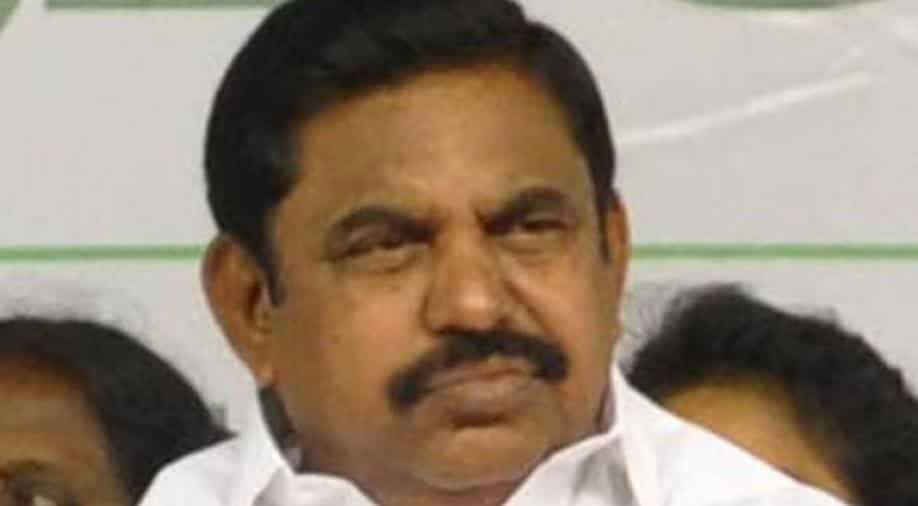 Palaniswami stated that 'the protestors did not have the required permission. When they were asked to get arrested, some people started pelting stones, slippers and bottles and that is when the police had to resort to using of force'.

Speaking at the Tamil Nadu Assembly, Chief Minister Edappadi K Palaniswami defended the police action against the anti-CAA protestors who are gathered at the Washermanpet locality in the northern part of Chennai. The protesters are at the locality since Friday to replicate Delhi’s Shaheen Bagh protests. The chief minister said that some miscreants had instigated the untoward incidents.

Palaniswami stated that “the protestors did not have the required permission. When they were asked to get arrested, some people started pelting stones, slippers and bottles and that is when the police had to resort to using of force. This is an instigated protest.”

He urged the Muslim community to reject the false propaganda, designs of the miscreants and cooperate with the government to maintain social harmony. “The government of Amma (Jayalalithaa) will not allow anything against the minorities and it will protect the minorities,” Palaniswami said.

He also said that the permission for the protest was sought on behalf of 13 mosques only on February 13 and all of a sudden, over 300 Muslims - including 200 women - assembled near the Washermanpet roundabout and raised slogans against the CAA.

“The police held talks with them and cautioned against the protests since it had disrupted the traffic flow. But they rejected the advice, raised slogans and obstructed the police from detaining 40 persons. When the police kept the arrested persons in a bus, they smashed the windows of the vehicle,” he said.

He added that barricades were placed to prevent protesters from causing damage to public property, but the protesters instigated the locals to push the barricades and the police. He added that 82 protesters were arrested and they broke the windows of the bus.

CM Palaniswami said the death of an elderly man Fazurulla due to natural causes was distorted and presented as death caused by police action which led to protests in Chennai and other areas.

In response to the CM's reply, MK Stalin-led DMK staged a walkout from the state Assembly as they were not pleased with Palaniswami's defence of the police action. Stalin said, "The government's version is totally false. The police are the ones who attacked the peaceful protesters."

Earlier, Stalin had urged for a probe into the issue. The DMK president had termed the action that was taken against the protesters by the Tamil Nadu government as ‘incorrect’ and called on the police to release the protestors.

Stalin had condemned the AIADMK government's police crackdown on the night of February 14. He claimed that it was a deliberate attack on the people who demonstrated peacefully against the Citizenship Amendment Act (CAA). He urged the authorities to release the detainees and ensure that the cases against them are withdrawn.