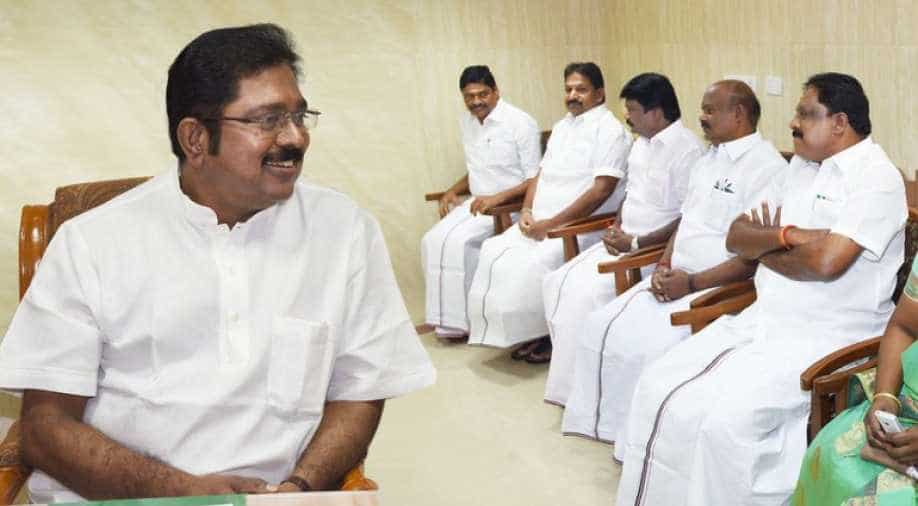 This it the second notice the 19 MLAs have got from the Speaker. Photograph:( Twitter )

The Tamil Nadu assembly speaker has issued a notice to the 19 AIADMK MLAs supporting TTV Dinakaran.

The 19 MLAs have been asked to explain their position by September 5.

The MLAs had withdrawn their support for chief minister Edappadi K Palaniswami after the merger of his faction of the AIADMK with that of former chief minister O Panneerselvam's faction.

The withdrawing of their support has raised question marks over Palaniswami's majority in the Tamil Nadu house.

The 19 MLAs and main Opposition party the DMK have both been demanding that Palaniswami prove his majority in the assembly.

This is the second notice sent to the MLAs.

The MLAs had earlier received a notice from the speaker on August 25.

Meanwhile, the Madras high court will hear a PIL today asking Palaniswami to prove his majority.