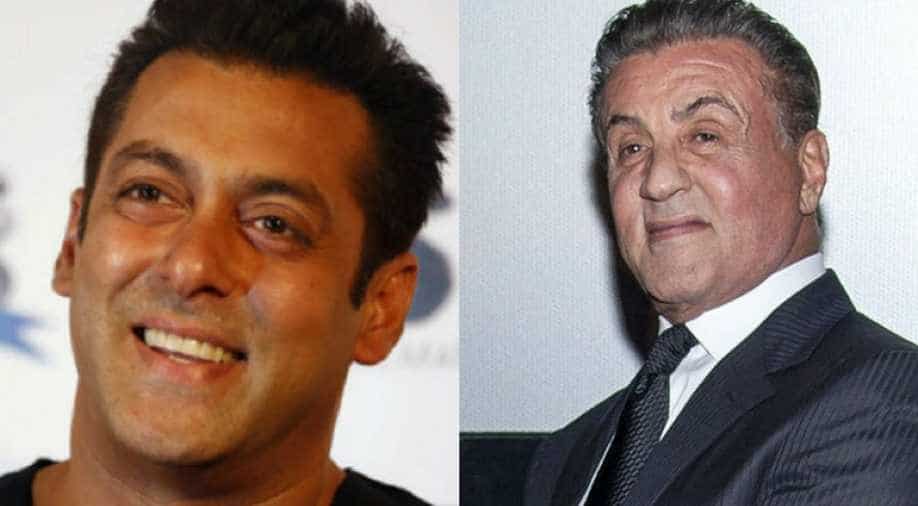 Everyone is curious to know why Khan and Stallone are promoting each other's films. Photograph:( WION Web Team )

This week, Salman Khan has been unveiling the first look of his co-stars from the film Race 3. On Wednesday, Khan shared the first look of Bobby Deol's character and later shared a video of Sylvester Stallone talking about his upcoming film Creed II.

While I introduce the #race3 family this week, this is something all of you should know . pic.twitter.com/Zj1xpyb3Lx

On Thursday, the legendary actor seemed to have returned the favour as he promoted Salman Khan's film Race 3. But instead of sharing Khan's photo, the actor shared Bobby Deol and tagged Khan instead.

Needless to say, comments and reaction ensued in no time over the post.

Some thought Sly Stallone was purposely trolling Khan while others went on to correct him. "Hey Sly.. this is another actor of this movie. Salman Khan's poster is different. But what matters is you shared your wishes for an Indian movie. Thank you! Love from India," wrote one fan. "But he is bobby deol," wrote another.

I loved the very talented film hero Sylvester Stallone in the Terminator movies. ????

But the question still remains, why are the two actors promoting each other's films. Does Stallone play a cameo in Race 3? Or it just the usual camaraderies between two actors? Only time will tell
Race 3 has been directed by Remo D'Souza. Salman, meanwhile, introduced Daisy Shah's character on Twitter on Thursday.

The film also features Jacqueline Fernandez, Saqib Saleem and Anil Kapoor and is set to release in theatres in June.