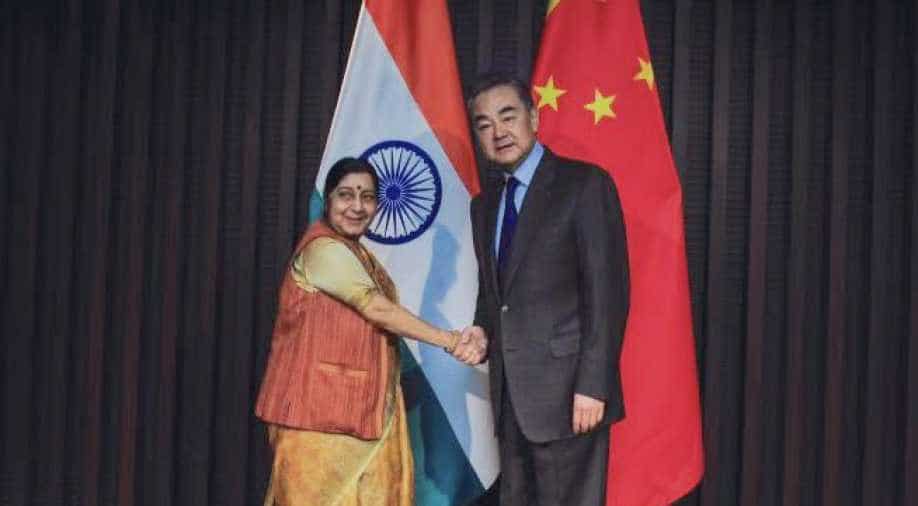 "I am visiting China at a time when there is grief and anger in India. It is the worst terrorist attack directed against our security forces in Jammu and Kashmir," she said in her opening remarks during the meeting held on the side-lines of Russia, India, China Foreign Ministers meeting.

"The attack was carried out by Jaish-e-Muhammed, the Pakistan-based and supported terrorist organisation," she said.

Forty Central Reserve Police Force (CRPF) personnel were killed in a suicide attack by Pakistan-based JeM in Jammu and Kashmir's Pulwama district on February 14, sparking outrage in the country.

Stating that the JeM is banned by the UN and other countries, Swaraj told Wang that this terrorist attack is the direct result of the impunity and cover provided to the JeM and its leaders by the Pakistani side.

After the Pulwama attack the entire UN has spoken with full voice to condemn it, she said.

Swaraj who arrived here early this morning told Wang that this is their first meeting this year and therefore an opportune time for the two sides to take stock of the bilateral relations and look ahead for cooperation.

''This is our first meeting this year. Therefore, an opportune time for us to take stock of our bilateral relations and look ahead for cooperation. The India-China relationship is an important relationship for both of our countries,'' she said.

Swaraj met the Chinese foreign minister ahead of 16th Foreign Ministers Meeting of Russia-India-China (RIC) at the scenic town in China.