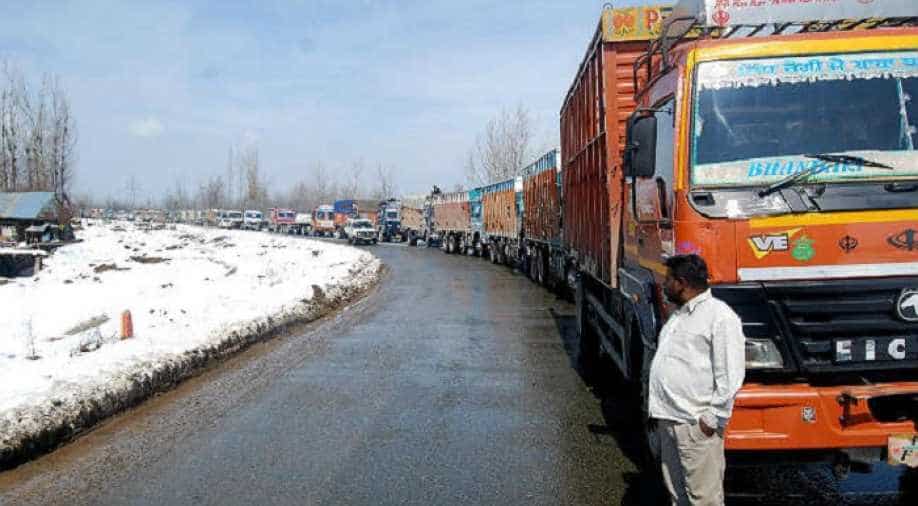 Jammu and Kashmir's summer capital experienced the coldest December night in nearly three decades with a low of minus 7.6 degrees Celsius, while the mercury in most parts of Kashmir Valley and Ladakh region stayed way below the freezing point resulting in frozen water bodies and water supply lines.

According to a meteorological department official, several stations in the Valley registered record night temperature.

While in Srinagar the mercury settled a degree down on Wednesday night from the previous night's minus 6.7 degrees Celsius, Gulmarg and Leh were the only two stations where the minimum temperature increased on Wednesday night, the official said.

Qazigund in south Kashmir recorded a low of minus 6.1 degrees Celsius, down from minus 5.9 degrees Celsius the previous night. It was the coldest night of the season at the town and the coldest December night there in the last eight years.

Kupwara in north Kashmir recorded a low of minus 6.7 degrees Celsius, down from minus 6.4 degrees Celsius the previous night, officials said, adding Wednesday night was the coldest of the season at the town and the coldest December night there in the last over a decade.

The night temperature in Pahalgam, which serves as one of the base camps for the annual Amarnath yatra in south Kashmir, settled at a low of minus 8.3 degrees Celsius Wednesday night against minus 7.9 degrees Celsius the previous night.

Leh town in Ladakh region, which had recorded the lowest temperature this winter on the previous night at minus 17.1 degrees Celsius, witnessed an increase of nearly nine degrees last night to settle at minus 8.4 degrees Celsius, officials said.

Some water bodies, including the fringes of the famous Dal lake, have frozen. Water supply to many residential areas of Srinagar and other towns in the Valley too has frozen.

Kashmir is currently under the grip of 'Chillai-Kalan' the 40-day harshest period of winter when the chances of snowfall are most frequent and maximum and the temperature drops considerably.

'Chillai-Kalan' ends on January 31, but the cold wave continues even after that in Kashmir. The 40-day period is followed by a 20-day long 'Chillai-Khurd' and a 10-day 'Chillai-Bachha'.

The winter this season has been dry so far, although there was a spell of early snowfall in the Valley in the first and second week of November. The prolonged dry spell has resulted in an increase of common ailments like a cough, cold and other respiratory problems, especially among children and the elderly.