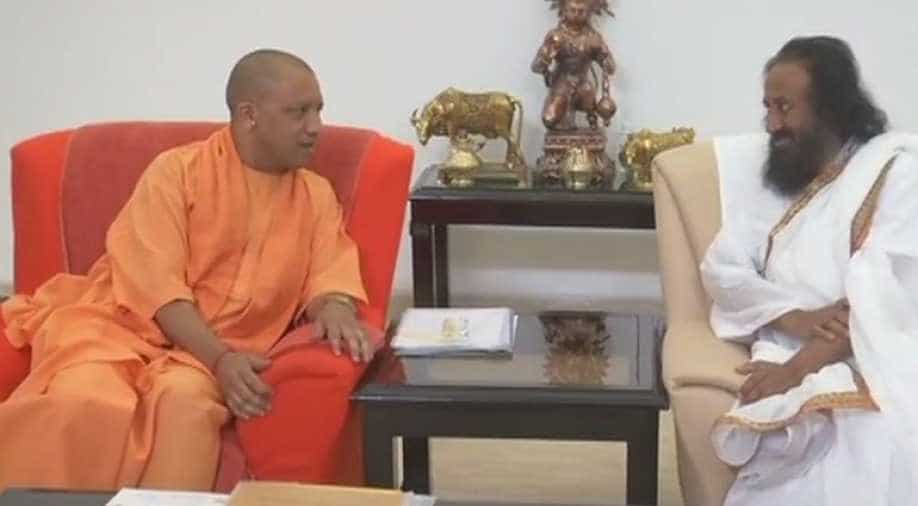 The meeting was held at the residence of Yogi Adityanath in Lucknow. Photograph:( ANI )

The meeting was held at the residence of Yogi Adityanath in Lucknow.

The meeting is set in the backdrop of Ayodhya issue.

The Art of Living founder had earlier said that he will be speaking to "all stakeholders" involved in the Ayodhya issue.

Amarnath Mishra, who is the interlocutor for the Ram temple issue had met with the spiritual leader last week, reports said.

On October 31st, Sri Sri Ravi Shankar had held talks with Shia Waqf Board and representatives of the Hindu Mahasabha.

The final hearing of the Ayodhya issue will begin in the Supreme Court on December 5th.

In 2010, the Allahabad High Court had accepted the disputed site in Ayodhya as the birthplace of Lord Ram. The Supreme Court had however suspended the judgement in 2011.