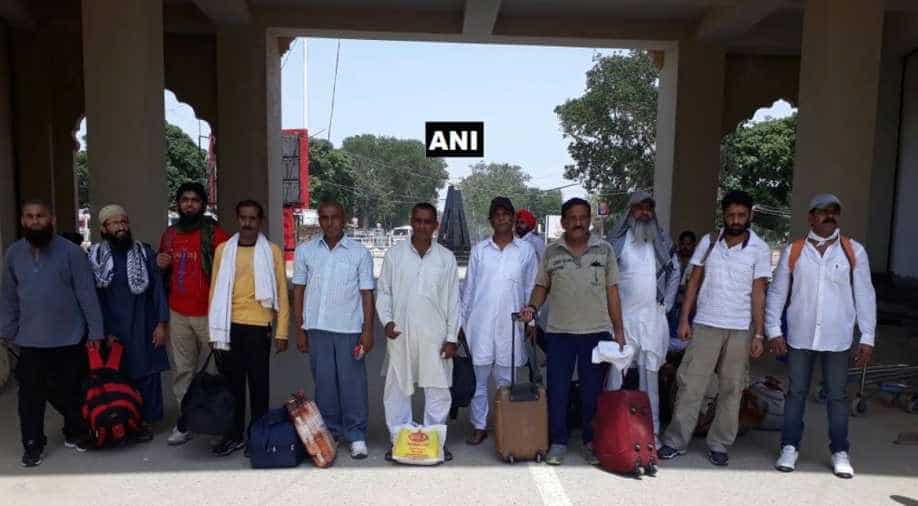 The spotlight is yet again on Indian prisoners languishing in Pakistan after New Delhi raised the matter yet again with Islamabad.

New Delhi had raised the matter several times in the past with Islamabad to no avail.

The development comes even as Pakistan has not moved an inch to repatriate 12 Indians and 392 fishermen who have completed their prison sentences.

Pakistan is also not moving on the case of mentally unsound prisoners who continue to languish in its prisons.

Recently, New Delhi asked Pakistan to repatriate bodies of 2 Indians from Jammu and Kashmir who were washed away even as the family members wait for a response.

This comes even as Pakistan drags its feet to confirm the nationality of many of its nationals who continue to remain in India even after completion of their sentences.

Last month Pakistan released Hamid Nehal Ansari who was languished in a Pakistani jail for 6 years. He had crossed Pakistan on fake identification card from Afghanistan to meet the women who he befriended on Facebook.

New Delhi reciprocated by repatriating 2 Pakistani nationals-- Imran Warsiand Abdullah Shah to Pakistan. Imran Warsi was in an Indian jail for last 10 years on charges of a fake passport while Abdullah Shah crossed over to India in 2017 to meet Bollywood star Shah Rukh Khan.

Under the 2008 Agreement India and Pakistan exchange list of prisoners and fisherman lodged in there jails on 1st January and 1st July, every year.

In October 2017, India had suggested Pakistan that the two sides could work together for the release and repatriation of elderly, women and mentally unsound prisoners on humanitarian grounds. It was proposed to revive the mechanism of Joint Judicial Committee and that a team of Indian medical experts could be allowed to visit the mentally unsound prisoners. Pakistan responded positively on 7 March 2018.

New Delhi has already shared the details of the medical expert team and the reconstituted Joint Judicial Committee with Pakistan with the request to organise their visit. Islamabad is yet to respond.