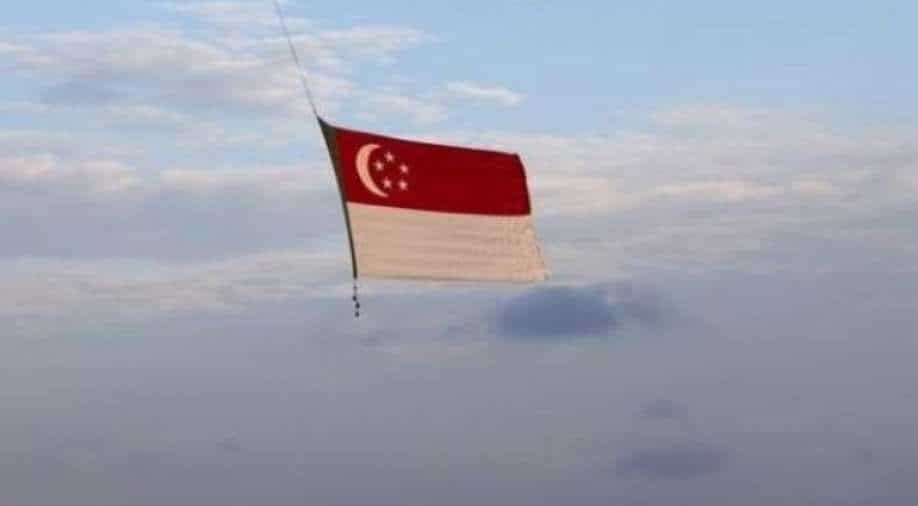 Zainal Abidin Shaiful Bahari, a Malay, pleaded guilty to two charges each of committing acts he knew were prejudicial to the maintenance of harmony between different racial groups in Singapore. Another two similar charges were considered in sentencing, Channel News Asia reported

A 35-year old senior executive at a software company in Singapore, who made racially offensive tweets in April last year, including slurs to Indians and condemning Indian immigrants about COVID-19, was jailed for three weeks on Tuesday, a media report said.

Zainal Abidin Shaiful Bahari, a Malay, pleaded guilty to two charges each of committing acts he knew were prejudicial to the maintenance of harmony between different racial groups in Singapore. Another two similar charges were considered in sentencing, Channel News Asia reported.

A member of the public called the police in April 2020 after seeing a tweet by the user 'sharonliew86' condemning Indian immigrants about COVID-19.

Zainal, a senior director at a software company, used the pseudonym 'Sharon Liew' (Chinese name), had sole control of the account.

In March 2020, he also posted that 'smart Chinese' women have done social distancing inside the Mass Rapid Transit subway trains by not wanting to sit next to Indians.

Zainal's lawyers claimed that he was 'not a racist' and that he was taking over a 'parody account' and 'overstepped the mark' while 'trying to be funny'.

District Judge S Jennifer Marie said that race and religion are sensitive issues and would-be offenders must realise that careless remarks have the potential to cause social disorder.

"Further, when such remarks are published with the medium of the Internet, they have the ubiquitous reach and therefore amplify the potential and irreversible harm that could be caused to...Peace and racial harmony."

She added that racial tensions have been heightened by the continued pandemic and a strong deterrent signal must be sent.

Zainal was identified and police investigations revealed that he had set up the Twitter account in July 2018 with two other friends.

It was meant to be a parody account and had more than 5,000 followers, but the posts by Zainal's two friends stopped from early 2019.

Zainal took sole control of the account and posted the offensive tweets in March and April 2020.

The prosecutor called for four weeks' jail, saying there was a clear need for general deterrence, especially in the current climate where tensions in the community have been heightened and strained by exceptional pandemic circumstances.

Lawyer Sunil Sudheesan asked instead for three weeks' jail, saying that every action by his client must be viewed "in the proper context".

"He's not a racist, obviously," said Sudheesan. Zainal is married to a Chinese woman and has racially diverse friends.

Sudheesan said everyone, who followed the account knew it was a parody, and things could have become inflamed when people who did not know the intention of certain tweets forwarded them.

"Our client is very sorry for this. He should have anticipated this," the Channel quoted the lawyer as saying.
The prosecutor responded that Zainal had well crossed the line.

"This was not parody, this was not satirical behaviour, this was simply the actions of an online troll who was provoking others...This is really not acceptable," he said. The judge told Zainal that the language used in his tweets were in bad taste.

"If you had really valued racial and cultural diversity, you should have appreciated all the more the need to preserve ... Sensitivities given the multi-cultural fabric of Singapore," she said.

For each charge of committing an act prejudicial to racial harmony, Zainal could have been jailed up to three years, fined, or both.