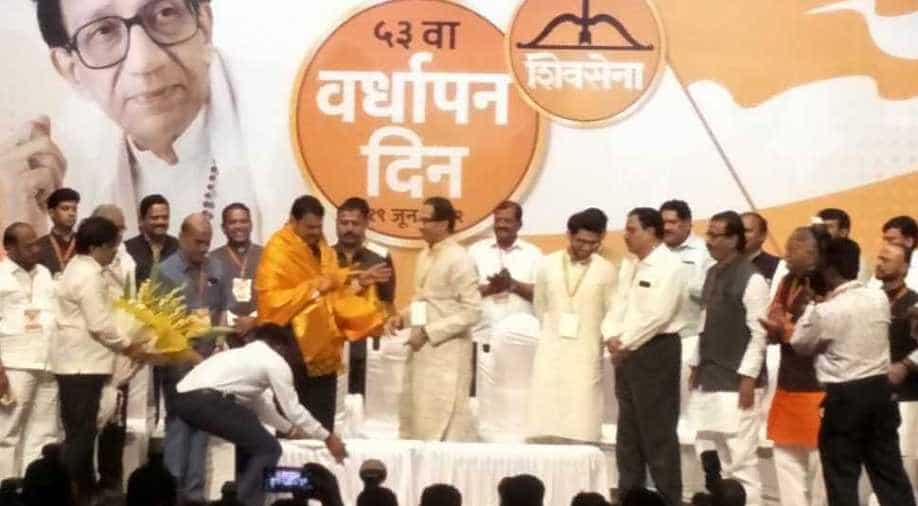 'Our friendship with BJP is not a drama, I think no other party has this kind of friendship,' said Shiv Sena chief Uddhav Thackeray.

On the occasion of 53rd foundation day of Shiv Sena, party chief Uddhav Thackeray said that their friendship with the Bharatiya Janata Party (BJP) is unbreakable and not a drama.

Lashing out at the opportunism of Mayawati and Akhilesh Yadav, Thackeray said that the SP-BSP coalition in Uttar Pradesh ended soon after their debacle in the Lok Sabha elections because they had come together just to stop Prime Minister Narendra Modi from coming to power.

"Our friendship with BJP is not a drama, I think no other party has this kind of friendship. The drama was what happened in Uttar Pradesh, as soon as the election ended the coalition between Mayawati and Akhilesh too came to an end. On the other hand, whatever differences we had with the BJP were sorted out when Amit Shahji visited Matoshri," Shiv Sena chief said on Wednesday.

Maharashtra Chief Minister Devendra Fadnavis and other leaders from both the parties were also present at the event. Fadnavis said that there were some differences between the BJP and the Shiv Sena, but now they have been ironed out.

The chief minister claimed that the two parties will score a thumping victory in the upcoming Assembly elections in Maharashtra.

The two parties fought the Lok Sabha election together.