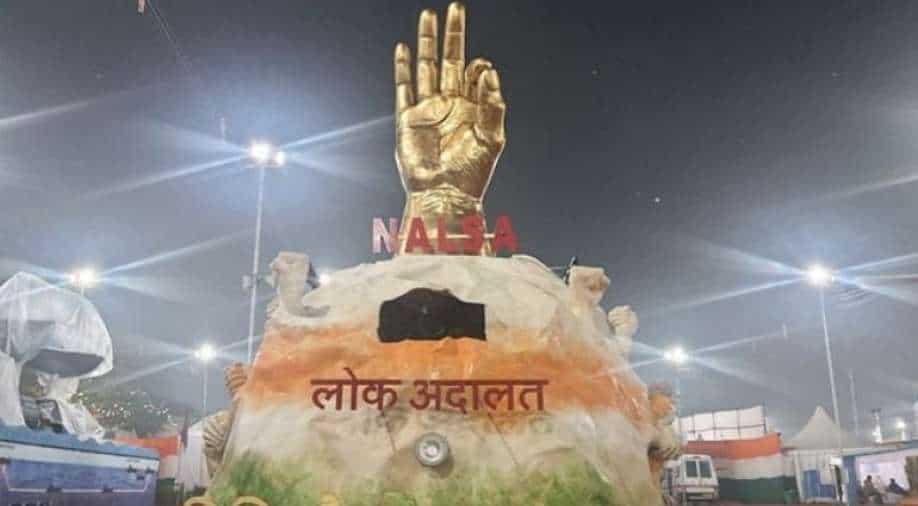 Lok Adalat is an innovative and a popular mechanism of alternative dispute resolution to resolve legal disputes in a spirit of conciliation outside the court. It follows a simple and informal procedure to settle disputes in the shortest possible time.

For the first time, on January 26, a National Legal Services Authority (NALSA) tableau depicting Lok Adalat will take part in the Republic Day procession on Rajpath.

The topic of the Law Ministry's float is "Ek Mutthi Aasman (Inclusive Legal System): Lok Adalat," according to officials.

According to them, the front half of the tableau features 'Nyay Sbke Liye,' a hand gesture representing bravery, assurance, and protection.

A hand may be seen opening its five fingers one by one on the back of the float, symbolising the five guiding principles of Lok Adalats: accessible, definitive, inexpensive, equitable, and timely justice for all.

What is Lok Adalat?

Lok Adalat is an alternative dispute resolution process. It is a place where disputes/cases that are pending in court or at the pre-litigation stage be settled/compromise amicably.

To resolve disagreements in the shortest period feasible, it follows a simple and informal procedure.

Under the Legal Services Authorities Act of 1987, Lok Adalats were given legal standing.

The award (decision) made by the Lok Adalats is deemed to be a civil court judgement and is final and binding on all parties, and no appeal against such an award lies before any court of law, according to the aforementioned Act.

Even though there is no provision for an appeal against a Lok Adalat award, the parties are free to commence litigation by contacting the court of appropriate jurisdiction, filing a complaint, and following the required procedure, in order to exercise their right to sue.

Nature of cases to be referred to Lok Adalat

1. Any case pending before any court.

2. Any dispute which has not been brought before any court and is likely to be filed before the court.

Provided that any matter relating to an offence not compoundable under the law shall not be settled in Lok Adalat.