Refusal to take part in NPR by any State or official against Constitution: Sushil Kumar Modi 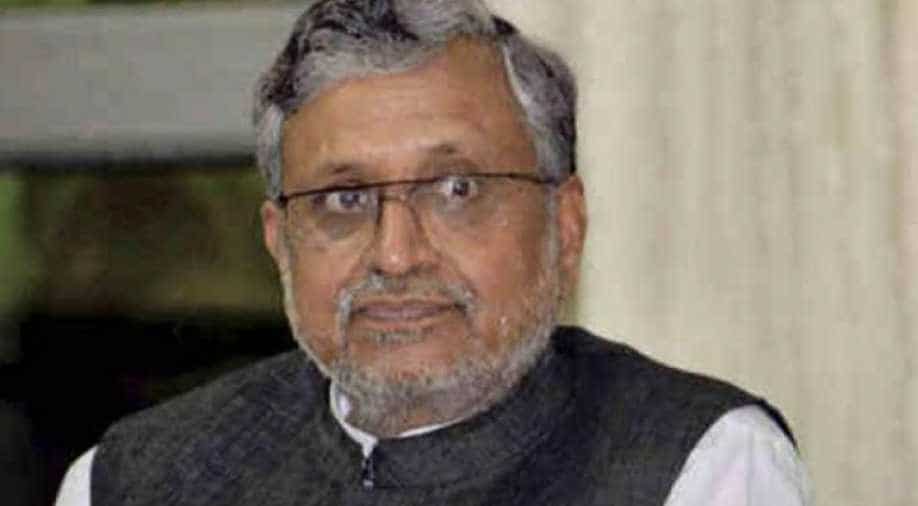 Union Cabinet on December 24 approved a proposal to update NPR. The NPR was discussed thoroughly at a meeting chaired by Prime Minister Narendra Modi.

No State or official can refuse to take part in the National Population Register (NPR) which is a mandatory exercise, said Sushil Kumar Modi, deputy Chief Minister of Bihar. Not complying with it would be against the Constitution, he said.

While addressing a press conference on Saturday, he announced that the NPR would be updated in Bihar from May 15 to May 28 and that the nationwide exercise has to be carried out between April 1 to September 30.

"NPR is part of population census. No state can refuse to participate in the exercise or refuse to make it. No official can refuse to take part in it," said Sushil Kumar Modi.

"If someone refuses to do it then disciplinary action would be taken and monetary fine of Rs 1000 would be imposed," he said.

"West Bengal Chief Minister Mamata Banerjee and Kerala chief minister Pinarayi Vijayan cannot refuse to carry it out. That would be against the Constitution," said Modi.

Union Cabinet on December 24 approved a proposal to update NPR. The NPR was discussed thoroughly at a meeting chaired by Prime Minister Narendra Modi.

At the meeting, the Prime Minister also asked the ministers to reach out to masses to highlight the plight of refugees who have come from Pakistan, Bangladesh, and Afghanistan due to religious persecution.