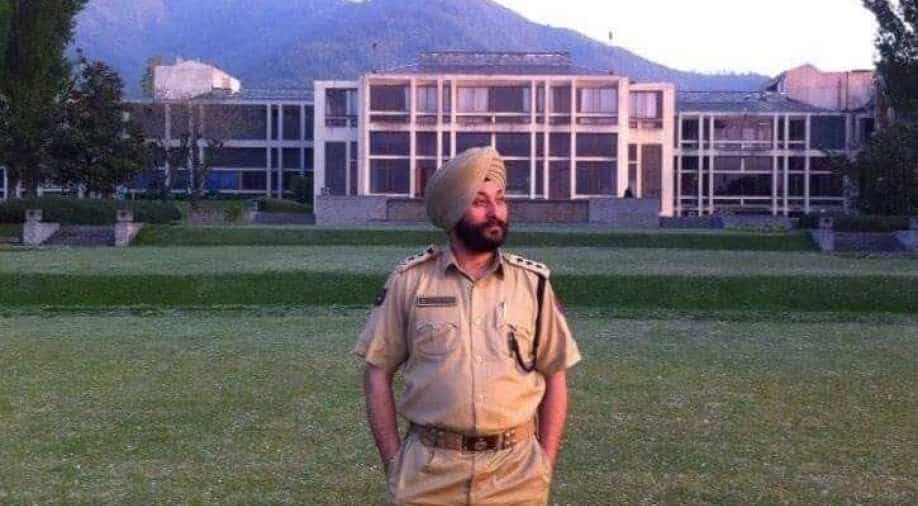 On Sunday, Deputy Superintendent of Police Davinder Singh was arrested by Jammu and Kashmir police while he was travelling with two Hizbul terrorists.

Jammu and Kashmir police on Wednesday said that it is recommending, the detained officer and currently suspended Davinder Singh to be sacked after he was arrested travelling with Hizbul terrorists.

Speaking at a press conference, Jammu and Kashmir DGP Dilbag Singh said, "we are recommending his sacking to the government."

"Cannot share right now what has been revealed during the interrogation." DGP also said.

On Sunday, Deputy Superintendent of Police Davinder Singh was arrested by Jammu and Kashmir police while he was travelling with two Hizbul terrorists.

According to reports, the investigation has been handed over to the National Investigation Agency.

The police have already set up a special investigation team which is headed by DIG South Kashmir Atul Goyal, who spent a long time with the NIA before returning to his home cadr.