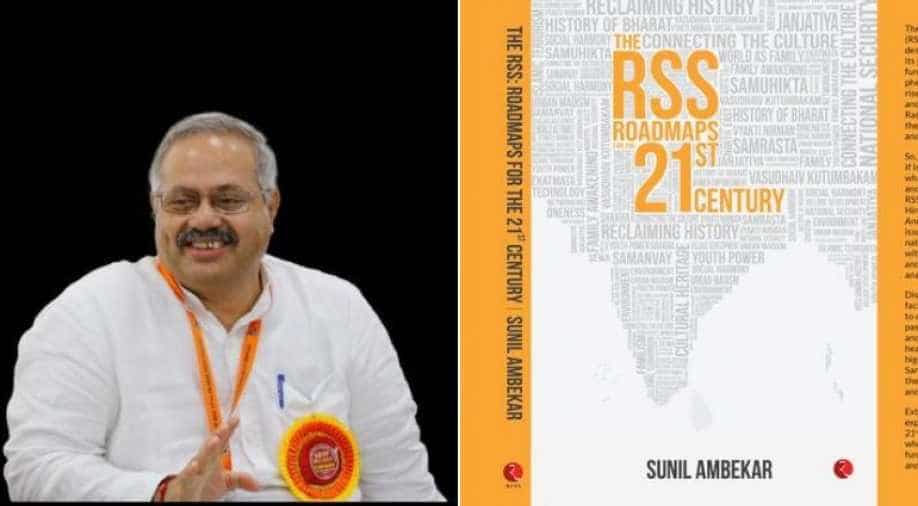 Sunil Ambekar's book 'The RSS: Roadmaps for the 21st Century' will shed light on RSS’s functioning, outreach and vision for the future. Photograph:( WION Web Team )

Sunil Ambekar also said that RSS believes that a live-in relationship is not advisable.

ABVP’s National Organizing Secretary, Sunil Ambekar is perhaps the only serving Pracharak to have written a book on Rashtriya Swayamsevak Sangh (RSS) and its challenges while being in the job.

The book named ‘The RSS: Roadmaps for the 21st Century’ dwells on the issues of family, development, caste system, Hindutva and environment.

The book marks both commitments to certain values which RSS upholds and strong departures to showcase that it is open to change and absorb new realities of the society.

The book is an attempt to develop a cultural model which can keep pace with rapid urbanization and development of the society, but it does not get emotional on the virtues of the joint family.

The author of the book makes peace with the idea of a nuclear family with a hope that core Indian family values survive in the long run lest Indian society begins to replicate American experience.

RSS had made it clear way before the Supreme Court judgement that it is opposed to the criminalisation of same-sex relationship. Today, the next step within the LGBT community is that of same-sex marriages.

When asked this question, Sunil Ambekar said,” We do not believe in institutionalising same-sex marriages, but it does not mean that we have closed doors on this chapter.”

It is a big step for an organization where a change in dress code (from traditional khaki shorts to trousers) led to decades of internal discussion and debates.

Sunil Ambekar also said that RSS believes that a live-in relationship is not advisable.

“RSS is not an organization which believes in making laws for the society through judicial interventions. We believe in consensus,” he said.

The book is an attempt to clarify views of RSS on issues which have remained central in Indian politics. Last year, RSS organized a three-day function in Delhi on which RSS chief, Mohan Bhagwat addressed several issues.

Despite over political focus on RSS, the organization continues to be focused on cultural issues of the society. Sunil Ambekar has been National Organising Secretary of ABVP from 2003. Through the book, he also highlights the internal working of the Sangh, its decision-making process, coordination system and means of expansion.