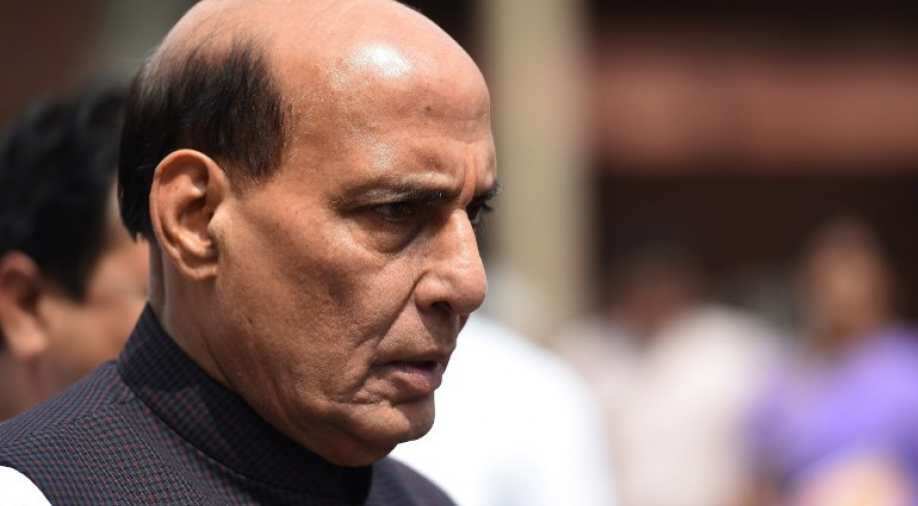 During the meeting, the home minister was briefed about the prevailing security situation in Jammu and Kashmir, including along the Indo-Pak border, a home ministry official said.

Home Minister Rajnath Singh on Tuesday reviewed the security situation in the country, particularly in Jammu and Kashmir, where 40 CRPF Jawans were killed in an audacious terror attack last week, officials said.

Five security personnel, including a major, were martyred in the state on Monday in an encounter in which three Jaish-e-Mohammad (JeM) terrorists, including two top commanders believed to be behind the February 14 Pulwama terror attack, were also eliminated.

During the meeting, the home minister was briefed about the prevailing security situation in Jammu and Kashmir, including along the Indo-Pak border, a home ministry official said.

National Security Advisor Ajit Doval too participated in the meeting which was attended by Union home secretary Rajiv Gauba, director of intelligence bureau Rajiv Jain besides others.

The meeting also took stock of the steps being taken to hunt down the terrorists operating in Jammu and Kashmir and how to check attempts of infiltrations from across the border.

The home minister directed the officials to ensure that all possible steps should be taken against the terrorists currently operating in Kashmir valley and protection of innocent Kashmiris living in different parts of the country, the official said.

Forty CRPF personnel were killed and five injured on Thursday in one of the deadliest terror attacks in Jammu and Kashmir when a JeM suicide bomber rammed a vehicle carrying explosives into their bus in Pulwama district.

The bus was part of a convoy of 78 vehicles carrying CRPF personnel from Jammu to Srinagar.

Lt Gen KJS Dhillon, commander of Army's Srinagar-based Chinar Corps said on Tuesday that anyone who picks up the gun will be eliminated.

He also requested mothers of Kashmiri terrorists to persuade their sons to surrender.