Rajinikanth: Asked Kamal Haasan how to succeed in politics, he said 'Come along with me' 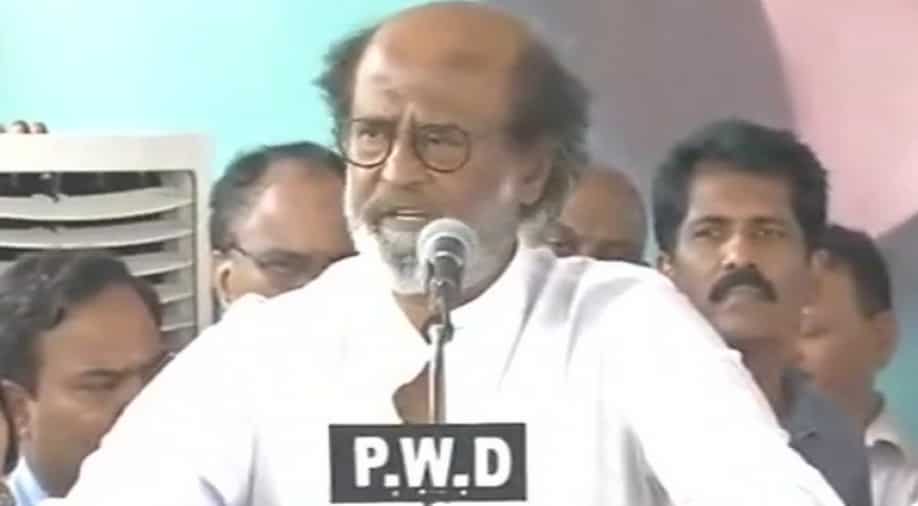 Rajinikanth added that mere name, fame and money are not enough to succeed in politics. And that 'something else... is needed.' Photograph:( ANI )

The superstar Rajinikanth, who has been flirting with the idea of joining politics for some time now, said Sunday that mere name, fame, and money were not enough to succeed in politics and that "something else is needed".

If you have to succeed in politics, merely name, fame and money are not enough. It is something else that is needed: Rajinikanth in Chennai pic.twitter.com/6Hm1rU5rds

Rajinikanth was speaking at the Sivaji Ganeshan Memorial event in Chennai.

When asked Kamal Hassan how to be successful (in politics), he said, 'Come along with me, then I will tell you.' : Rajinikanth in Chennai pic.twitter.com/3NmlK1Yeit

Rajnikanth added that when he asked Haasan how to be successful in politics, Hassan replied: "Come along with me, then I will tell you."

Haasan too has hinted that he might be joining politics.

WATCH: He should enter politics, says Kejriwal after meeting Kamal Haasan in Chennai

The death of former chief minister Jayalalithaa and the ensuing infighting within the AIADMK has left a massive vacuum in the state, with commentators saying this would be the right time for the filmstars to enter politics in a state that has always been partial to actors-turned-politicians.