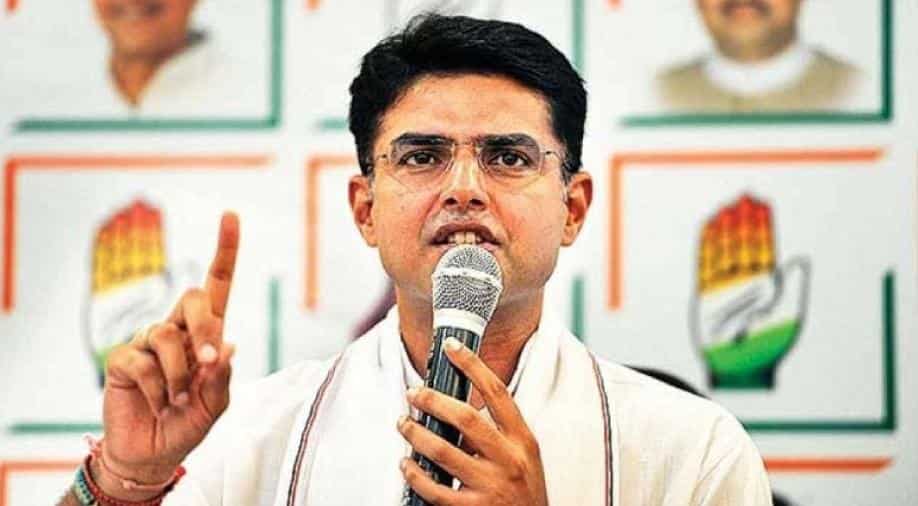 The Rajasthan High Court ordered that status quo should be maintained on the disqualification notices sent out by the Speaker.

Congress MLAs loyal to Rajasthan Chief Minister Ashok Gehlot on Friday held a five-hour sit-in at the Raj Bhawan to press for an assembly session, in a dramatic show of strength hours after the Pilot camp secured protection for now from disqualification from the House.

The Rajasthan High Court ordered that status quo should be maintained on the disqualification notices sent out by the Speaker, delivering a small victory to Sachin Pilot and 18 other Congress MLAs who wanted them quashed.

This means that the dissidents will hold on to the membership of the state assembly till there is a court ruling in the matter that is now also before the Supreme Court.

But after the high court ruling, focus quickly shifted to Raj Bhawan as Congress MLAs landed there from the hotel where they are holed up.

The Congress said it ended the sit-in following an assurance from the Governor that he will abide by Article 174 of the Constitution, after getting some clarifications from the CM. The provision deals with the Governor's role in summoning a session of the assembly.

The note from Governor Kalraj Mishra included a query on why the government wants the session summoned for a vote of confidence when it says it has a majority.

AICC spokesperson Randeep Surjewala said the queries will be taken care of at a state Cabinet meeting scheduled later in the night.

Gehlot had earlier accused Governor Kalraj Mishra of sitting on a recommendation from the Cabinet to call the session while the Congress MLAs wanted to attend a sitting and "establish" that they are in majority.

He also claimed that the Governor is facing pressure "from above" to stall the assembly from meeting, hinting at the alleged involvement of the BJP government at the Centre in the tussle for power in the state.

Before heading for the Raj Bhawan, Gehlot said he had requested the Governor on Thursday to call the session on Monday, but there had been no word from the Raj Bhawan.

He said if people 'gherao' the Raj Bhawan over the issue the MLAs "will not be responsible", a remark that prompted the BJP to demand that the Centre should deploy the CRPF. "It should not trust the Rajasthan police," Leader of Opposition Gulab Chand Kataria said.

At the Raj Bhawan, Gehlot met the Governor inside while the MLAs remained on the lawns, squatting on the grass and at times raising slogans. Mishra came out on the lawns to meet them.

"The governor is working on the directions of the Centre. We will sit here till the session date is given to us," he said. He claimed there were 103 MLAs at the Raj Bhawan.

Altogether, the chief minister and the other MLAs remained there for about five hours.

The Congress tally includes six Bahujan Samaj Party MLAs who merged as a group with the ruling party after the 2018 assembly polls, lending stability to the Gehlot government.

On Friday, BJP MLA Madan Dilawar moved the high court complaining that Speaker CP Joshi has not acted on his petition seeking the disqualification of the MLAs from the BSP. The court will take up the MLA's petition next week.

Before giving a ruling on the Pilot camp's petition, Chief Justice Indrajit Mahanty and Justice Prakash Gupta allowed its application for including the Union government in the list of respondents.

The Congress had sought action against the dissidents under paragraph 2 (1) (a) of the Tenth Schedule of the Constitution.

The provision disqualifies MLAs if they "voluntarily" give up membership of the party which they represent in the House. The Gehlot camp argues that the dissidents' actions amounted to that.

The dissidents claim that a party whip, which they ignored by skipping two Congress Legislature Party meetings, applies only when the assembly is in session. They say they are not joining the BJP but are only challenging the party's leadership in Rajasthan.

Pilot was sacked as the deputy chief minister and the president of the Congress state unit after he rebelled against Gehlot.

The rift between the two goes back to the last assembly polls after which the party picked Gehlot for the chief minister's post, ignoring Pilot's claim.