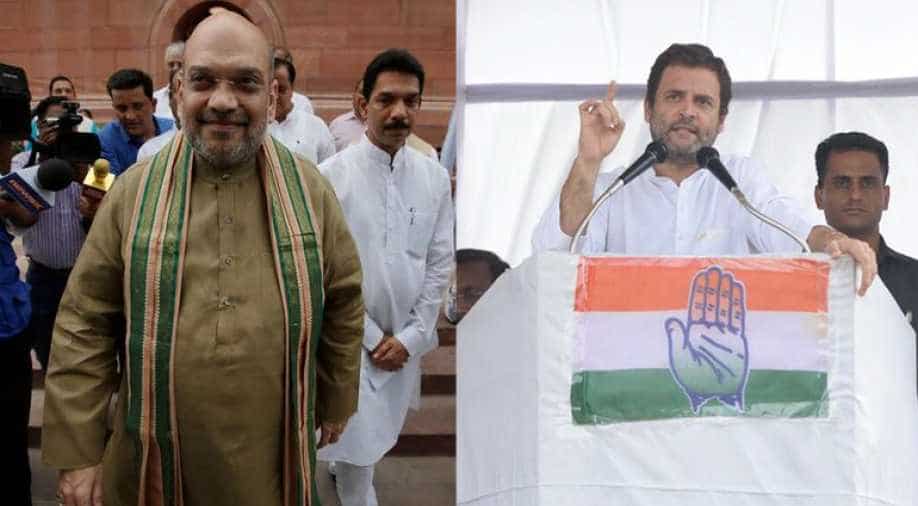 The opposition is suffering from the "Narendra Modi-phobia", BJP president Amit Shah said today. Addressing a rally in Madhya Pradesh's Narsinghpur ahead of the November 28 assembly election, Shah asked the Congress to give an account of what the four generations of the Nehru-Gandhi family did when they ruled the country.

The BJP chief said the Narendra Modi government launched 129 developmental schemes in four years. "Give an account of what the four generations (of Nehru-Gandhi family) did when they ruled the country," he said.

"In a recent rally, Rahul Gandhi uttered (PM) Modi's name 44 times in his 22-minute speech. I am wondering whether he is campaigning for the BJP or the Congress," Shah said, in remarks laced with sarcasm.

He also lauded the centre for the army's surgical strike on terror launchpads across the border post the Uri attack in 2016.

"When the Uri terror attack took place, the entire country was angry. (PM) Modi ordered surgical strikes and made India the third country in the world after the US and Israel who have avenged killings of its soldiers," he said.

Shah alleged that former prime minister Manmohan Singh had left the Indian economy at ninth position in the world in 2014, which, he said, the BJP raised to sixth position.

"By the time counting of these polls is done, India would have surpassed the UK to become the fifth-largest economy in the world," he added.