R Aravamudan, one of ISRO’s early pioneers and tracking & telemetry expert, no more 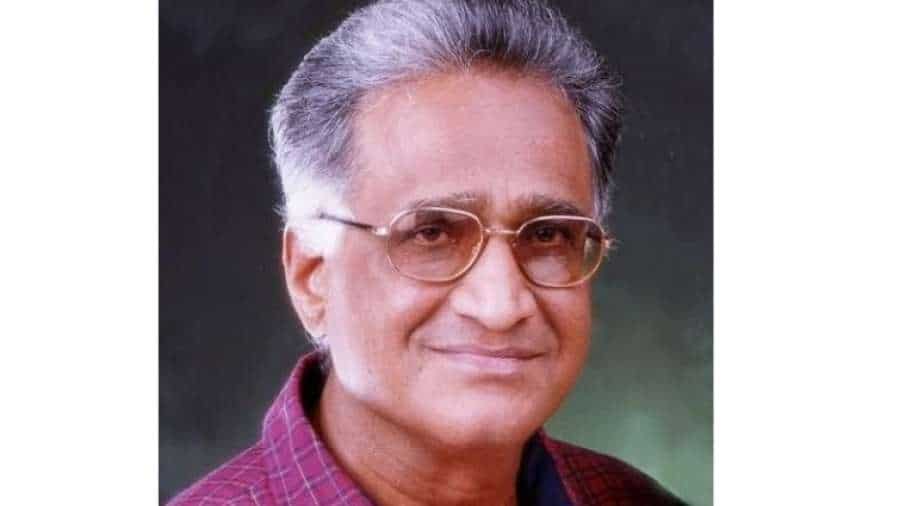 Among the first to join ISRO (then INCOSPAR), Aravamudan rose to serve the organization as Director of the Satish Dhawan Space Centre (spaceport), Sriharikota, and the ISRO Satellite Centre, Bengaluru.

Ramabhadran Aravamudan, a veteran of the Indian Space Research Organisation (ISRO) and the country’s science & technology fraternity, breathed his last, late on Wednesday, at his Bengaluru residence.

Aged 84, he is survived by his wife Gita, a senior journalist, and their two sons. The senior scientist, tracking and telemetry radar expert, had been ailing for over a year now, owing to kidney failure.

Among the first to join ISRO (then INCOSPAR), Aravamudan rose to serve the organization as Director of the Satish Dhawan Space Centre (spaceport), Sriharikota, and the ISRO Satellite Centre, Bengaluru.

A first-rank holder from the Madras Institute of Technology, Aravamudan, who hailed from a middle-class family in Madras, worked at India’s Department of Atomic Energy (DAE). 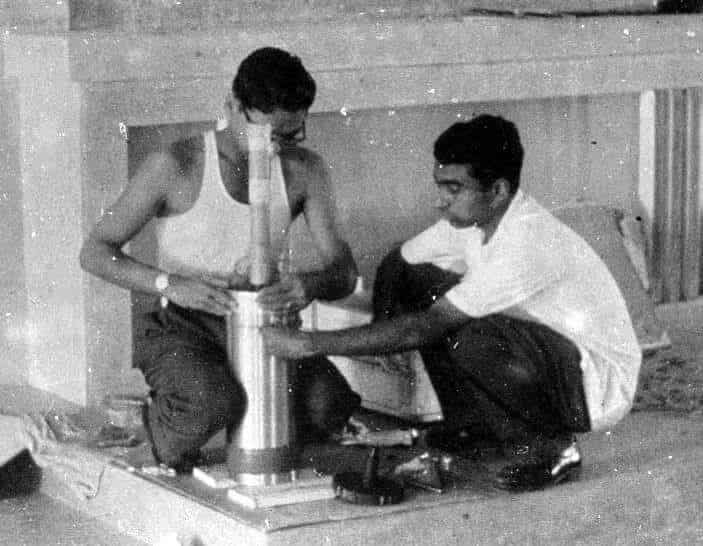 (During the early stages of ISRO, Aravamudan and Kalam worked there together. )

Thanks to a casual discussion with his colleagues in Bombay, the then 24-year old Aravamudan heard of a scientist, Dr Vikram Sarabhai, (father of India’s space programme), who wanted to set up a rocket launching station off Thiruvananthapuram. Bored with his routine job at the DAE, he applied for an exciting new role under Dr Sarabhai, which also involved being trained at NASA. 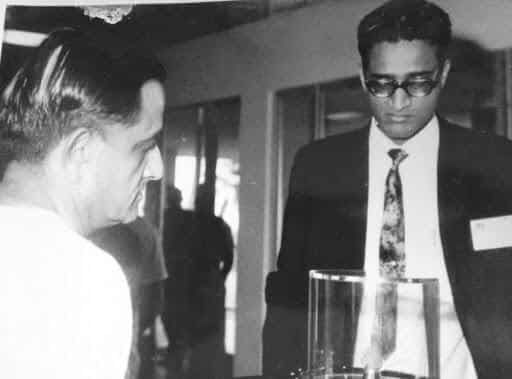 Once selected, he was sent to the US for training at various NASA facilities to learn and perform basic tracking and telemetry, which was essential in understanding the performance and trajectory of a launched rocket.

His domain was also a means for a ground station to communicate with the rocket that was launched and vice versa.

It was during this one-year assignment in the US that Aravamudan (known to the Americans and his colleagues as' ‘Dan’) met a 31-year old Abdul Kalam, who was also with ISRO. 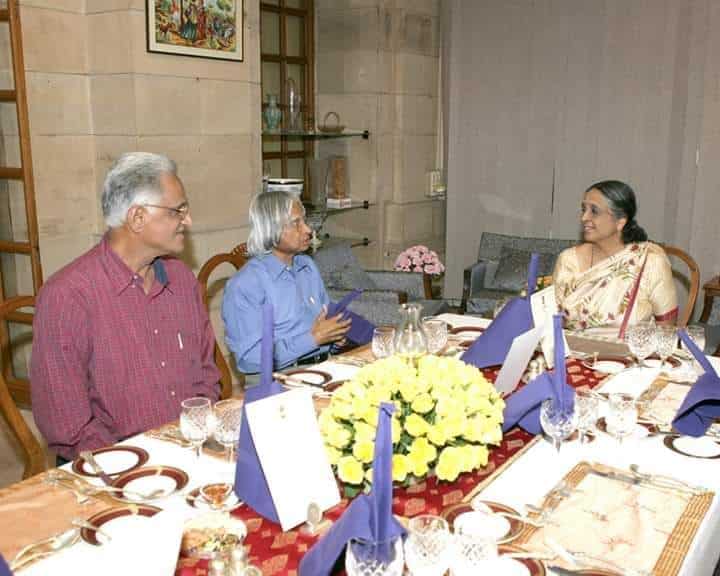 (Aravamudan and his wife Gita with the President of India, Dr. APJ Abdul Kalam, at the Rashtrapati Bhavan.)

After the training, the ISRO team moved in batches to their fledgling rocket launching station at Thumba, Thiruvananthapuram. It was in 1966 when Dan and his colleagues were working in Thumba, that some of the most historic images of ISRO were captured. The man behind the lens was none other than the iconic, legendary lensman Henri Cartier Bresson, the Frenchman who was the master of candid, street photography.

One of the most popular pictures that captured ISRO’s early days is that of a vest-clad Aravamudan working on an experimental rocket payload, while APJ Abdul Kalam assisted him. This picture was captured by Bresson and was widely shared after Dr Kalam went on to become the President of India. In another image of ISRO from the 1960s, captured by Bresson, a young scientist is seen riding a bicycle that carried a rocket’s nose cone on the rear carrier. 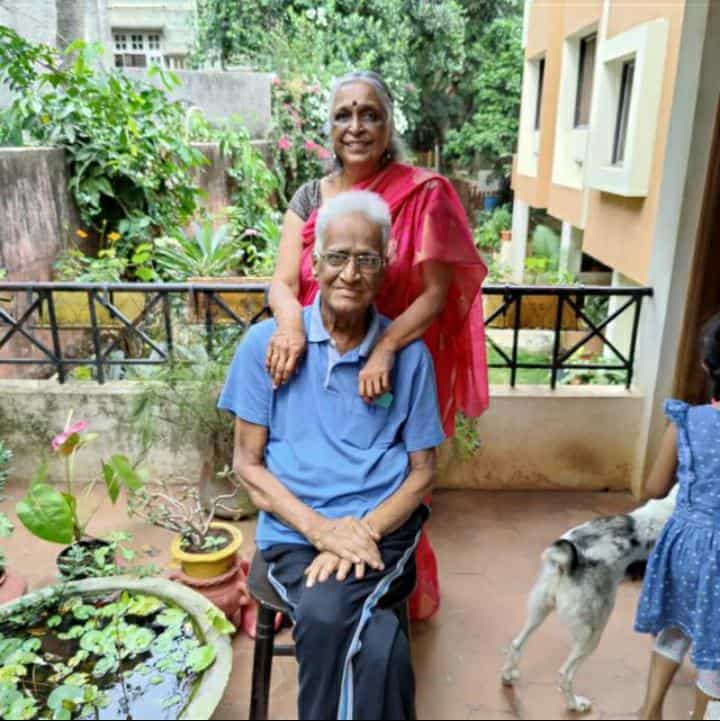 (Ramabhadran Aravamudan and his wife Gita.)

From the nascent stage of ISRO (the early 60s) when they launched experimental rockets, to the time when the much-talked-about Mangalyaan spacecraft entered Martian orbit (2014) and the GSLV Mk 3 rocket flew, Aravamudan had been closely associated with ISRO and its missions. He retired from ISRO in 1997, but his wife Gita fondly recalls to Zee Media that "ISRO was his life and we all came second. That was how dedicated he was to his organization." In his Autobiography ISRO: A Personal History, which she had co-authored, she reminisces that he had decided to write a memoir to make ISRO and the science & technology domain exciting for posterity.

Recalling his memories and interactions with the late Aravamudan, Dr Mylswami Annadurai, former Director of ISRO’s UR Rao Satellite Center and India’s Moon Man, said that he was an absolute gentleman to the core. "Whenever I met him, he used to speak about his life and times with Dr Kalam and the good old days at ISRO. I remember having invited him and his wife over to the URSC in Bengaluru, on the occasion of Children’s Day in 2015. They interacted with the youngsters gathered there and made it a very memorable and inspiring evening, " Dr Annadurai told WION.

In a first, India calls for amendment of Indus Waters Treaty, sends notice to Pakistan