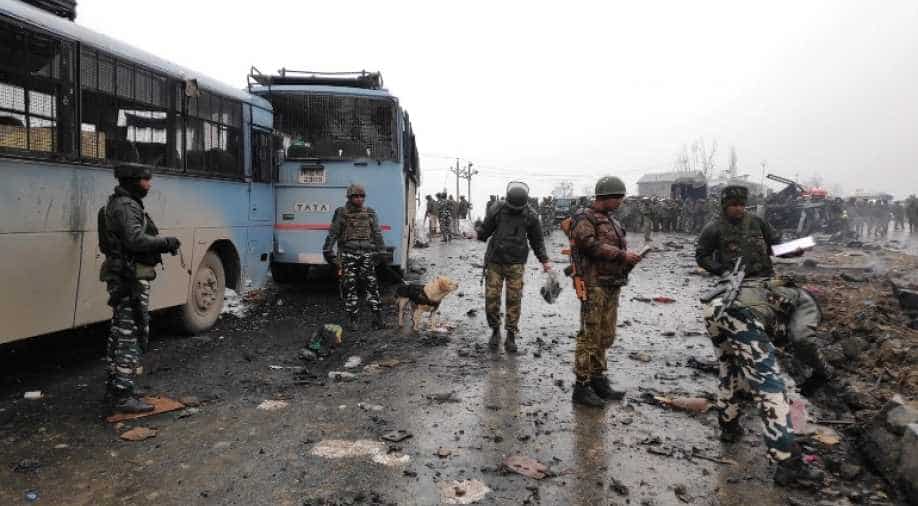 A suicide bomber from the JeM terror group had rammed an explosives-laden vehicle into a CRPF bus in Pulwama district on Thursday evening killing over 40 personnel and leaving many critically wounded.

New Delhi on Friday summoned Pakistan's High commissioner Sohail Mehmood and lodged a strong protest against the Pulwama attacked that killed more than 40 CRPF personnel on Thursday. Pakistan based terrorist group Jaish-e-Mohammad (JEM) had claimed responsibility for the attack.

Sources tell WION that India conveyed that Pakistan must take "immediate and verifiable action" against the JEM. New Delhi asked Islamabad that "it must immediately stop any groups or individuals associated with terrorism operating from its territories".

India also rejected the statement made by the Pak foreign ministry on Thursday. Pakistan had said it, "strongly rejects any insinuation by elements in the Indian government and media circles that seek to link the attack to the State of Pakistan without investigations".

Islamabad had even made flip-flops while issuing the release by first issuing it, later withdrawing it to issue another one with minor changes.

This is the second time this year when the Pak envoy has been summoned. He was summoned in January after Pakistan Foreign Minister SM Qureshi had made a phone call to pro-Pakistan Hurriyat leader Mirwaiz Umar Farooq.

In all, as many as 7 times a Pakistan High Commissioner has been summoned under the Modi-government since 2014.

Sources: Foreign Secretary summoned the Pakistan High Commissioner to the Ministry of External Affairs today and issued a very strong demarche in connection with the terrorist attack in Pulwama https://t.co/aQnu5zIHNL

Prime Minister Narendra Modi strongly condemned the incident today and held a meeting with top members of the Cabinet Committee on Security (CCS).

PM Modi said all Indians are angry right now after the terror attack at Pulwama in Jammu and Kashmir on Thursday evening.

"I pay tribute to soldiers who lost their lives at Pulwama. Our security forces have been given full freedom. We have full faith in their bravery," PM Modi said.

"I understand sentiments of those criticising us but I want to urge them, it is an emotional time, stay away from political one-upmanship," the prime minister insisted.