Pulwama attack: What we know so far 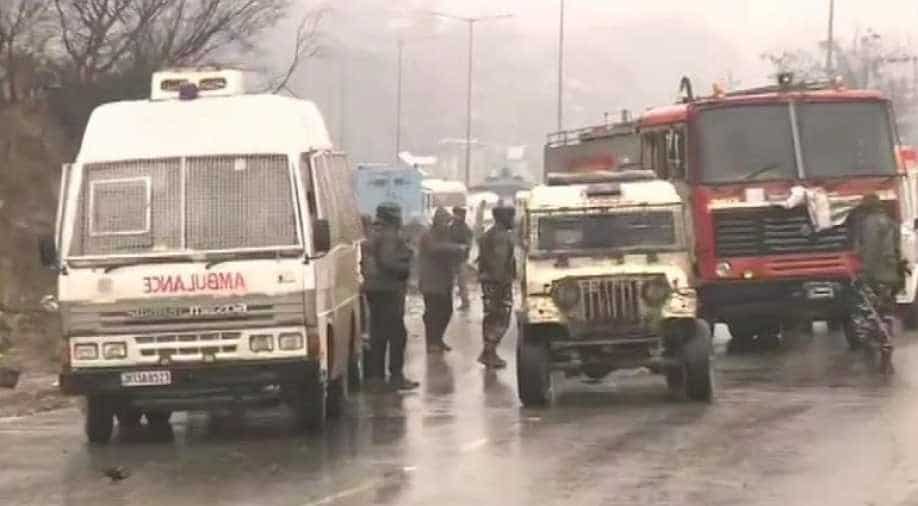 Officials said the death toll from Thursday's terror attack on a CRPF convoy in Pulwama has risen to 'around 40'.

A terrorist rammed a vehicle laden with explosives into a convoy carrying CRPF personnel on Thursday afternoon in Jammu and Kashmir's Pulwama.

Here is what we know so far of the attack:

70 vehicles: The bus that was attacked Thursday was travelling in a convoy of 70 vehicles

Bus was rammed: An explosive-laden vehicle was rammed into the bus carrying the CRPF jawans

JeM claims responsibilty: The Jaish-e-Mohammad has claimed, in a text message sent to the Kashmiri news agency GNS, responsibilty for the attack

Adil Ahmad from Kakapora: Police identified the man who carried out the attack as Adil Ahmad Dar from Kakapora in Pulwama. They said that he joined the terror group in 2018.