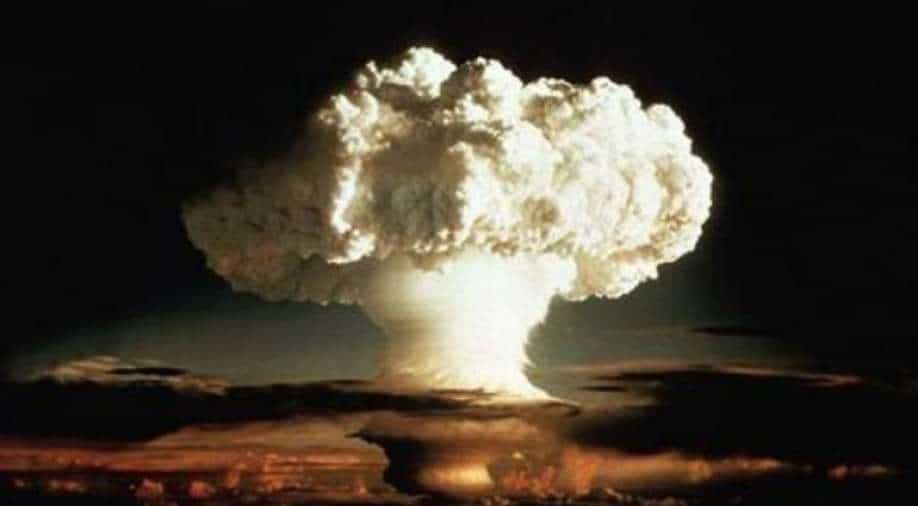 What was ‘Smiling Buddha’ operation, which was carried out by India on May 18? (representative image). Photograph:( Reuters )

The test was held under the supervision of India's nuclear research institute Bhabha Atomic Research Centre’s (BARC) then director Raja Ramanna. The operation was called 'Smiling Buddha' as it was conducted on Buddha Purnima that year. After the test, Dr Ramanna reportedly told the then prime minister Indira Gandhi, "The Buddha has smiled"

May 18 is a special date for India. It is linked with a development which brought immense pride to the nation. Well, wondering what it is? On May 18, 1974, ‘Smiling Buddha’ operation was carried out. It was actually the first successful nuclear bomb test conducted by India in Rajasthan state's Pokhran. The ‘Smiling Buddha’ was the code name assigned to the operation.

Although it was a peaceful test, India had entered a small list of nations, who had conducted a nuclear test. It was the sixth country in the world to do so.

The operation was called 'Smiling Buddha' as it was conducted on Buddha Purnima that year.

After the test, Dr Ramanna seems to have told the then prime minister Indira Gandhi, "The Buddha has smiled."

On September 7, 1972, the plan had started when the then PM Gandhi authorised the scientists of BARC to detonate an indigenously designed nuclear device.

After the operation was successful, India became the first nation outside the five permanent United Nations Security Council (UNSC) members to hold the test.