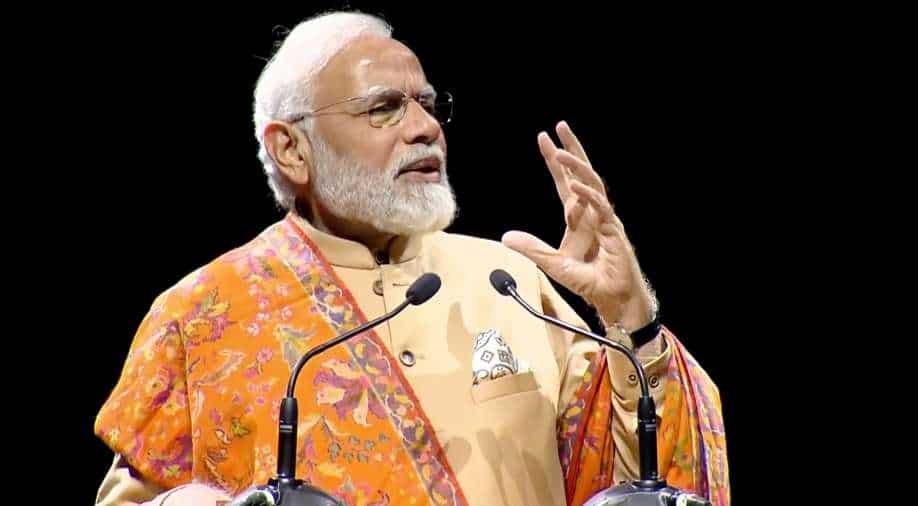 Since 2019, this is the 4th consecutive time that India has been considered to attend the summit. In 2019, under French Presidency of the grouping PM Modi was invited to take part in the summit

Indian Prime Minister Narendra Modi will take part in the G7 Summit due to take place under German presidency next month. The summit will take place from June 26 to June 28 June 2022 at Schloss Elmau in the Bavarian Alps, Germany. German Chancellor Olaf Scholz had formally extended the invite to PM Modi during his bilateral visit to Berlin earlier this month. The G7 summit is happening in the shadow of the Russian invasion of Ukraine, something that will strongly dominate the agenda.

Since 2019, this is the 4th consecutive time that India has been considered to attend the summit. In 2019, under French Presidency of the grouping PM Modi was invited to take part in the summit.

This will be PM Modi's second visit to Germany in matter of 2 months. PM Modi was in Germany early this month. It was first in-person meet between him and German Chancellor Olaf Scholz.

One of the key outcomes of this meet was an announcement on the establishment of the Green and Sustainable Development Partnership. Under the "green" partnership, Berlin agreed to make an advance commitment of 10 billion Euros of new and additional development assistance till 2030. The countries have also decided to work towards projects in two African countries and one Latin American country. These projects are: Agri-business for women in Malawi, innovative production of potato seed project in Cameroon, and emulation of India's MGNREGA as part of rural social protection in Peru.

Meanwhile, India will be taking part in the meet of G7 development ministers in Berlin on Wednesday and Thursday (May 18th and 19th). The meeting is being hosted by Germany's Federal Minister for Economic Cooperation and Development Svenja Schulze. A key outcome of development ministers' meet will be the launch of the global alliance on food security. The launch is key event even as Russian invasion of Ukraine impacts global supply chain and pushes prices of commodities, especially food, high.

Secretary (Economic Relations) in Ministry of External Affairs Dammu Ravi will represent India in the meetings.

On Tuesday, he held a meeting with Jochen Flasbarth, State Secretary in the Federal Ministry for Economic Cooperation and Development. The Indian mission in Germany in a tweet said, "Discussions focused on further intensifying our cooperation in the field of climate action, development partnership and through G7."

Thank you @JochenFlasbarth for the excellent meeting with Mr. Dammu Ravi, Secretary(ER) and #AmbHarishParvathaneni. Discussions focused on further intensifying our cooperation in the field of climate action, development partnership and through G7. pic.twitter.com/EJQ5dwdgsL

Countries invited to attend the G7 development ministers' meet include, India, Indonesia, Senegal, Vietnam, South Africa. Importantly, this is the first of G7 meetings India is attending under German presidency of the grouping. Key agenda include, Infrastructure investments for sustainable development, Climate, energy and development partnerships for climate neutrality, Access to vaccines and climate neutrality, among others.