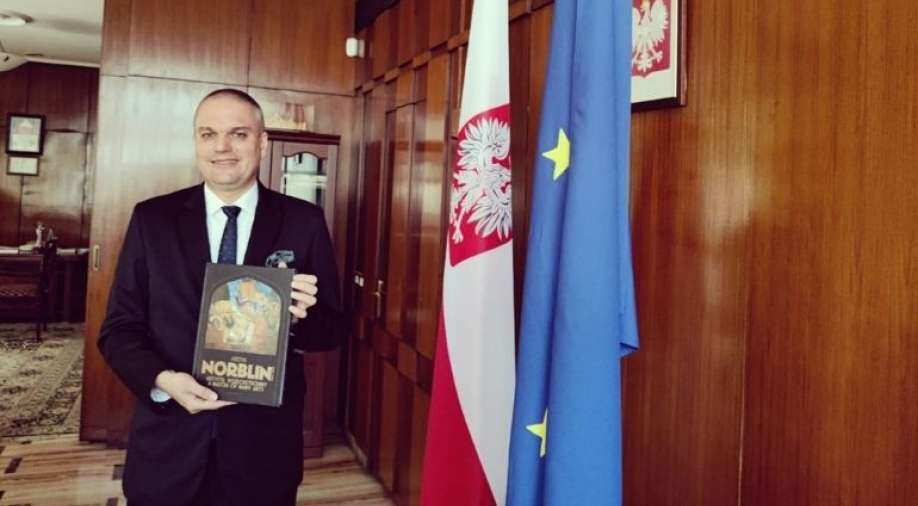 The envoy highlighted how Poland 'evacuated around 1300 people from Afghanistan, Afghan nationals. These are people who worked with our mission in Afghanistan, our embassy when it was there'

Poland's envoy to India Adam Burakowski has warned of a humanitarian crisis in Afghanistan, and his country is willing to "contribute to humanitarian aid". The Polish embassy in Delhi is accredited to Afghanistan and played a key role in coordination of the evacuation in August when Taliban took over the country.

Speaking to WION's Sidhant Sibal, envoy Burakowski highlighted how Poland "evacuated around 1300 people from Afghanistan, Afghan nationals. These are people who worked with our mission in Afghanistan, our embassy when it was there."

The envoy welcomed the "decision of the government of India to be more open for foreign nationals".

Indian government has announced that foreign tourist will be allowed from November 15 for those on chartered flights as Covid situation eases.

Interestingly, the Polish envoy also talked about polish artist Stefan Norblin who has decorated Indian palaces, including the Umaid Bhawan palace in Jodhpur. The artist left Poland after the country was attacked during World War II and has been working  for Maharajah Umaid Singh of Jodhpur in India. He designed the art deco murals at the famous Umaid Bhawan palace.

WION: How has Poland helped in evacuation process from Afghanistan?
Adam Burakowski: Our embassies are very few embassies accredited to Afghanistan from Delhi, that is why we are observing the situation in Afghanistan very closely. The fall of Kabul on August 15 was a big surprise and shock for us, as for other countries and Afghanistan itself. So, from the very beginning, we started to plan the evacuation of people who helped us during our 20 years of involvement in NATO mission in Afghanistan. We sent military planes to Poland to take back people to Poland. We evacuated around 1,300 people from Afghanistan, Afghan nationals. These are people who worked with our mission in Afghanistan, our embassy when it was there. It closed down in 2014 and also Polish military contingent. Also, civilians in Ghanzi province, where we made many development projects in Ghazni. We evacuated these people, and those who worked with our allies, such as NATO, EU delegation, and other countries like Lithuania. It was a big scale operation that lasted for 11 days and we reached this number of 1,300 Afghans. We also cooperated very closely with Mr Tahir Qadiry who was the head of mission of Afghanistan in Delhi and then he moved to Poland as an envoy. Ambassador Tahir was very active and even had press conference with our PM about the whole development. We consider the evacuation as success. We consider our 20 years in Afghanistan as a success because Poland contributed much on development of Afghanistan — education, empowerment of women and also people to people contacts. Afghanistan is very important country for us still and we are observing the situation very closely.

WION: How do you see the situation in Afghanistan under the Taliban government which is seen as non inclusive, with no minorities such as the Hazaras, no women?
Adam Burakowski: We are in European Union, and we are discussing with our partners on whole situation, and will take call on the situation together and how to deal with current admin of Taliban in Afghanistan. As you mentioned, the government is definitely not inclusive and it is also up to Taliban what they want to do. We will be observing this very closely. We are afraid of potential humanitarian crisis because winter is coming and economy is down because of this sudden takeover by Taliban. Also, we are ready to contribute to humanitarian aid.

WION: How have your talks been with India?
Adam Burakowski: We have constant discussions with the MEA about the development in Afghanistan. We are to a very large extent very like-minded in many aspects of the current situation in Afghanistan.

WION: How do you see ties with India?
Adam Burakowski: Our relationship has always been very friendly. It was impacted by Covid, and just yesterday we welcomed the decision of the government of India to be more open for foreign nationals. Just before the Covid, we had a direct flight from Delhi to Warsaw. It was a big success, the demand was very high. We would like to restore it as soon as possible.

WION: About the connect between the two countries, we know Polish artist Stefan Norblin has been the decorator of indian palaces, including the Umaid Bhawan palace in Jodhpur. Can you throw some light about his life and times.
Adam Burakowski: Stefan Norblin was a polish artist and very active in Poland. He was multi-talented and when the World War II broke out, and Poland was attacked by Nazi Germany and Soviet Union, he escaped and finally reached India and got orders from few maharajas, the biggest one in jodhpur. He designed part of Umaid Bhawan in Jodhpur and it was started by Maharaja of Jodhpur, Umaid Singh. He designed the luxurious suites of the palace, the Maharaja and Maharani suites and made series of painting depicting Indian mythology in art deco style. The polish artist contributed to the final look of Umaid Bhawan, one of the biggest palaces in India. His pictures are in the museum there. Polish team came to restore the painting and they are in good shape. I would like to welcome everyone to Jodhpur and look at the pictures.