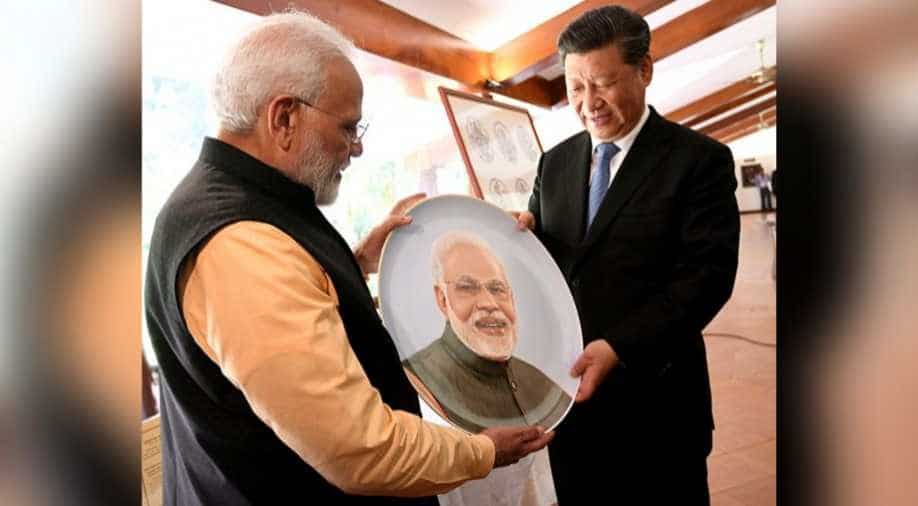 A variety of colourful sarees dotted the walls at the exhibition which was viewed by the two leaders.

After delegation-level talks, Prime Minister Narendra Modi and Chinese President Xi Jinping visited an exhibition of artefacts and handloom at the Taj Fisherman's Cove hotel on the final day of the second informal summit.

A variety of colourful sarees dotted the walls at the exhibition which was viewed by the two leaders. Modi and Xi had already held one-on-one discussions earlier in the morning.

A range of artefacts were also displayed, including the famous form of Nataraja which is best recalled as the Chola bronze statue.

The Chinese President's face was imprinted on at least two of the handlooms exhibited.

During the preceding delegations-level talks, the Prime Minister said that the 'Chennai Connect' is the start of a new era in India-China relations.

Xi said that he had "heart-to-heart" and "candid discussions like friends" with Modi on bilateral ties during the informal summit here.

On the first day, a veshti-wearing Modi had received Xi in the afternoon in the historic coastal city, which is famed for its temples and architecture dating back to the Pallava Dynasty.

The close ties shared between the two leaders shone through, as Modi took Xi on a guided tour of UNESCO World Heritage Sites like Arjuna's Penance, Krishna's Butter Ball, Pancha Rathas and the Shore Temple.

The visiting dignitary also relished a variety of Indian cuisine during the dinner hosted by Modi in his honour on Friday. The two leaders met for over two hours over dinner.

The Chennai Summit takes forward the `Wuhan Spirit` forged during the inaugural informal meeting between the two leaders in the Chinese city in April last year.