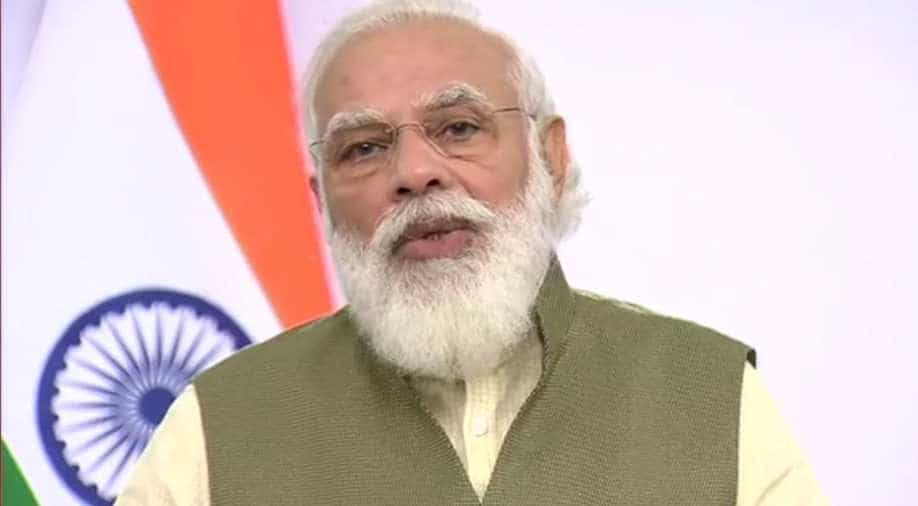 Expressing his anguish over the demise of former Gujarat Chief Minister Keshubhai Patel, Prime Minister Narendra Modi recalled his 45 year-long association with the leader and said his death is an irreparable loss for him.

"I am sad and numb after hearing the news of Keshubhai Patel`s demise. He was like a father figure to me. It is an irreparable loss for me. He had given six decades to public life. He was a patriot and always used to think in the national interest," he said in an emotional video message.

"I had a long discussion with him during a recently virtual meeting of Somnath Trust. I spoke to him over the phone to know about his health condition. I have known him for 45 years. Today every BJP worker like me is sad. I express my condolences to his family. I am in touch with them," he added.

Calling the former Gujarat Chief Minister a great personality, the Prime Minister said that he was known for kind behaviour and a firm will power to take the decision.

"Her work was for the development of Gujarat and empowerment of Gujaratis. He understood the pain of farmers and the poor. As an MLA, MP, minister and Chief Minister, Keshubhai gave priority to the interest of farmers," he said.

The Prime Minister said that Keshubhai Patel strengthened Jan Sangh and BJP in every region of Gujarat. "During the emergency, he struggled for democracy. He taught a lot to many ordinary workers like me. He guided them. Even after taking over as the Prime Minister, I was in touch with him," he said.

Keshubhai Patel passed away on Thursday at the age of 92. As per Dr. Akshay Kiledar, representative of the Sterling Hospital in Ahmedabad, he had earlier been admitted to the hospital in an unconscious state.

"We tried to revive him but couldn`t after he was brought to the hospital in an unconscious state, following sudden cardiac arrest. He was declared dead at 11:55 am. He didn`t die due to COVID-19," Dr Kiledar said.

Patel had earlier tested positive for COVID-19 but had later tested negative. Dr. Kiledar confirmed that the coronavirus infection was not the cause of his death.

Keshubhai Savdasbhai Patel served as the Chief Minister of the state for a few months in 1995 and then from March 1998 to October of 2001. He was a six-time member of the Gujarat Legislative Assembly and was a part of the Bharatiya Janata Party till 2012.