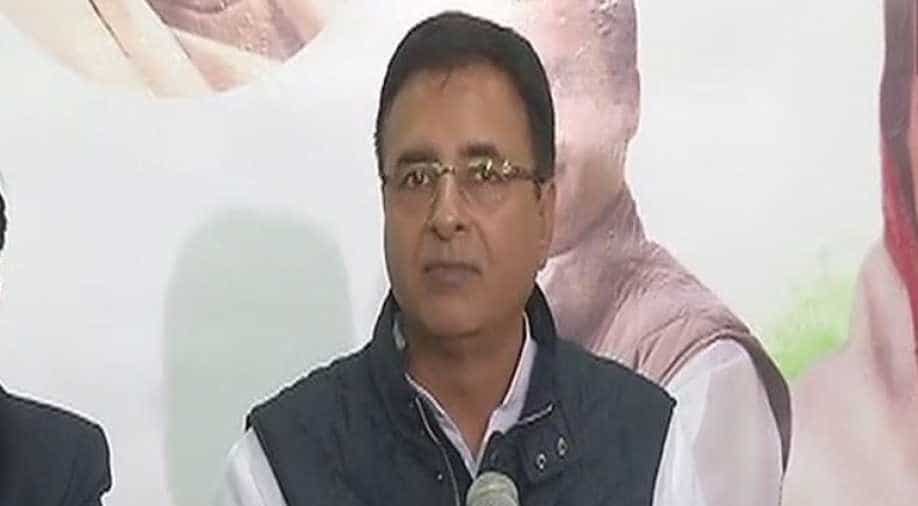 Party communication in-charge Randeep Surjewala claimed that the double whammy of "Modi Made Disaster of Demonetisation" and the implementation of a flawed GST were responsible for the economy's downturn.

"An arrogant Prime Minister Narendra Modi and a failed Finance Minister Arun Jaitley, hell-bent upon ignoring economic wisdom, have dealt a catastrophic blow to India's growth story as proved by the latest GDP estimates slumping from 7.3 per cent to 6.5 per cent," he said yesterday.

He claimed the truth was that investment had stagnated, job creation was abysmal, exports were in dire straits, stalled projects were burgeoning, inflation remained unchecked and rural distress was at an all-time high.

"Hype, hyperbole and headline management cannot be a substitute to the grim reality on the ground," he said.

He alleged that 6.5 per cent GDP growth "detailed the failed promise of the prime minister and explained the abject failure of Modinomics".

"As the government completes four years of its term, the people are seeing through the long distance between rhetoric and reality," he said, adding the people were watching and would give a befitting political reply when the time arrived.