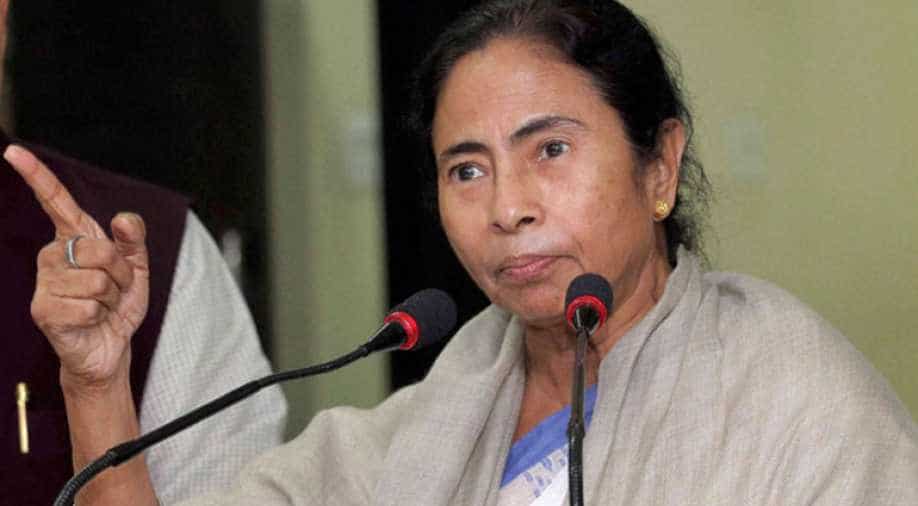 The battlelines have been drawn, and with Shah eyeing at least 22 out of the 42 Lok Sabha seats of West Bengal, it will be a tough fight with high stakes for both the parties.

West Bengal Chief Minister Mamata Banerjee has been put on the back foot by the BJP’s last move. The saffron party’s bid to push ahead with the National Register of Citizens (NRC) in Assam has caused Banerjee to desperately find a counter-move ahead of the 2019 polls.

Ironically, her declaration that the West Bengal government will consider providing shelter to people who have been displaced from Assam on humanitarian grounds, is now being gleefully used against her by her opponents. BJP President Amit Shah kickstarted his party’s political campaign in the state by directly accusing Banerjee of “nursing Bangladeshi infiltrators as votebanks for her party.” The chief minister has fought back, but Shah’s charge has gained ground.

It is ironic that Banerjee is crying foul over the BJP’s “designs” to “infiltrate” West Bengal over the illegal immigration issue, because not so long ago she was singing a very different tune. In 2005, Banerjee was deeply worried over how the then ascendant CPI(M) was using illegal immigrants from Bangladesh “to subvert democracy”, and in the Lok Sabha, she dramatically accused the then Speaker, the late Somnath Chatterjee, of “bias” on the issue.

Mamata’s about turn has not gone unnoticed and as a result her attacks on the BJP, accusing them of “xenophobia” and “fanning communalism”, have so far failed to gain ground. But it has to be said that even before this incident, she had created a vacuum in West Bengal, which an eager BJP has filled.

Allegations that she was looking to get minority votes by any means necessary have grown and communal riots in towns and cities such as Basirhat, Raniganj and Asansol have damaged her credibility. The BJP is already thriving on the simmering discontent in the bordering districts of West Bengal and the National Intelligence Agency’s (NIA) recent arrest of Jamat-Ul-Mujahideen (Bangladesh) activist Kausar alias Bomaru Mijan, from Bengaluru, should further their case. Kausar is accused of masterminding the Khagragarh blast in 2014 and his arrest will ensure that calls for a crackdown on illegal immigrants in the state will only get louder.

It is no surprise then that the TMC is jittery. The recent unrest in Bhangar has demonstrated that fissures within the support base of the party are now showing. What’s more, the unprecedented levels of violence, along with reports of wholesale rigging by the party — both during and after the panchayat elections held on May 14 this year —  betrayed an anxiety that is now obvious even to their close supporters. Such a display of force has also not gone down well with the people and the party would well know that such an exercise cannot be repeated during the Lok Sabha elections, under the strict supervision of the Central Election Commission (CEC).

What then are Banerjee’s options? A possible counter-move by her is to rally support of both the Bengali-speaking Hindus and Muslims in West Bengal, by raising the “bogey” that the NRC is a ploy to disenfranchise their ethnic, linguistic and religious brothers across the state border. Given the fact that well over one-fourth of those left out of the NRC in Assam are Hindus, she might get support from Hindus as well. Raising fears among the Muslim community about the BJP is a strategy that can also pay dividends.

The battlelines have been drawn, and with Shah eyeing at least 22 out of the 42 Lok Sabha seats of West Bengal, it will be a tough fight with high stakes for both the parties. The TMC is the second-largest political party in the Opposition in the Lok Sabha, and given Banerjee’s recent moves to be a leader of a united Opposition, victory would have a larger political significance for the saffron party. Considering that the TMC has been riven by factionalism and the BJP has performed well in the tribal-dominated districts of Purulia, Jhargram, West Midnapore and Bankura, a former Maoist hotbed, and in North Bengal and even in Malda — a Muslim majority district and a Congress stronghold in the panchyat polls — Banerjee has plenty to worry about. She will need to ramp up her unnayan (development) projects, not only in terms of doles such as bicycles for students of government-aided schools and her signature kanyashree projects and promote development.

However, before all this, she needs to set her house in order and quickly if she is to stand a chance in the coming polls.

(The author is a commentator on geopolitical affairs)