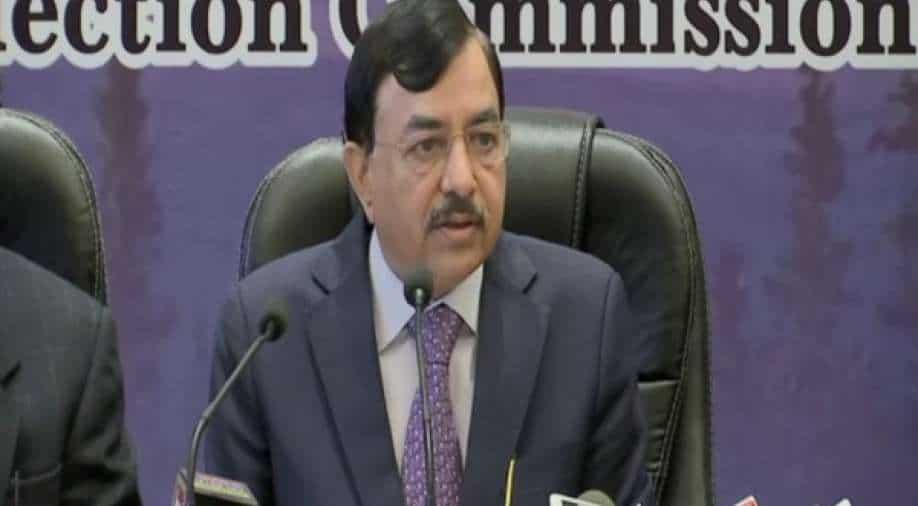 The Indian Election Commission convened a news conference at 12 p.m. on Thursday in response to calls to postpone the vote due to the Omicron danger.

"Representatives of all political parties met us and told us that elections should be conducted on time, following all COVID-19 rules," said Chief Election Commissioner Sushil Chandra.

He explained, "The UP Assembly's term ends on May 14th. We met with members of political parties, all district magistrates and district police superintendents, as well as other senior personnel. We also met with officials from the GST, ED, and IT departments.We want to ensure that elections are free of corruption.These organisations have issued specific directives to ensure that this happens."

He also stated that the final voter list would be made public on January 5, 2022.

The Election Commission will come to the doorsteps of those over the age of 80, people with impairments, and COVID-19 impacted people who are unable to vote in a polling booth.

Additionally, VVPATs will be installed in every voting booth.

To guarantee openness in the election process, he said that live webcasting facilities would be accessible in about 1 lakh voting booths.

A reporter present at the meeting asked the ECE for its thoughts on the big poll rallies being organised before the elections amid the rising COVID-19 Delta and Omicron cases.

Chandra said, "Big rallies are under our attention. Following the implementation of the MCC, detailed guidelines on how to structure large rallies will be issued.

"We have discussed this issue with the health secretary here. When elections are announced, we will issue directions specifically on this issue after looking at the situation then, " he added.

Meanwhile, all political parties in the election-bound states have begun flexing their muscles.

The Legislative Assembly elections in India are held every 5 years in which the Indian electorate chooses the members of the Vidhan Sabha (or Legislative/State Assembly).

In March 2022, the Legislative Assemblies of Goa, Manipur, Punjab, and Uttarakhand will finish their tenures.

The Uttar Pradesh Legislative Assembly's term is set to end in May.