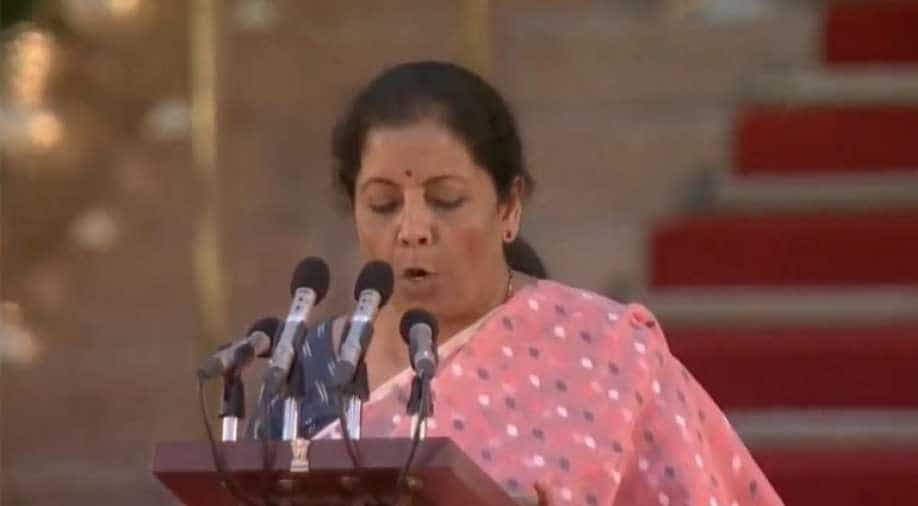 Sitharaman, 59, was the defence minister in the previous NDA dispensation.

Prime Minister Narendra Modi on Friday named Nirmala Sitharaman as the next finance minister of the country.

She will replace Arun Jaitley, who had expressed his unwillingness to join the new Modi government owing to his health, in the portfolios announced by the government today.

Sitharaman was the defence minister in the previous NDA dispensation. Before being elevated as the Defence minister, Sitharaman served as the Minister of State for Finance and Corporate Affairs in the Modi government. She was also Minister for Commerce and Industry with independent charge.

At 59, she is the senior most woman minister in Modi's cabinet and the second woman to head the finance department after late former prime minister Indira Gandhi.

"I have a neutral view. We will have to wait for her to speak to get her thoughts and ideas on reforms for the markets and the economy, but it will be in line with what the BJP-led government would overall target anyway," said Bekxy Kuriakose, head of fixed income, principal asset management in Mumbai.

"Nirmala Sitharaman is a relatively unknown entity despite holding a key portfolio in the previous government. Expectations as such will be low. From the markets' perspective, it's neutral at this stage," said Sandeep Sabharwal, a domestic fund manager.

Sitharaman will take over the finance ministry when there is pressure from industry for the government to provide some stimulus to halt a worrying slowdown in India's $2.7 trillion economy.

India probably lost its spot as the fastest growing major economy to China in the January-March quarter as a chill in domestic and global consumer demand hit manufacturers and service providers. Data for the quarter is set to be released later on Friday.

The government is already considering rolling out a slew of 'big-bang' economic reforms in the first 100 days of Modi's second term, with a focus on privatisation of state assets and relaxation of labour and land rules for businesses, a top official at the government's main think tank said.

A post-graduate in Economics, Sitharaman earlier served as a national spokesperson of the Bharatiya Janata Party (BJP) and is still remembered as one of its most articulate spokespersons, who fiercely attacked the Congress government over its various policies.