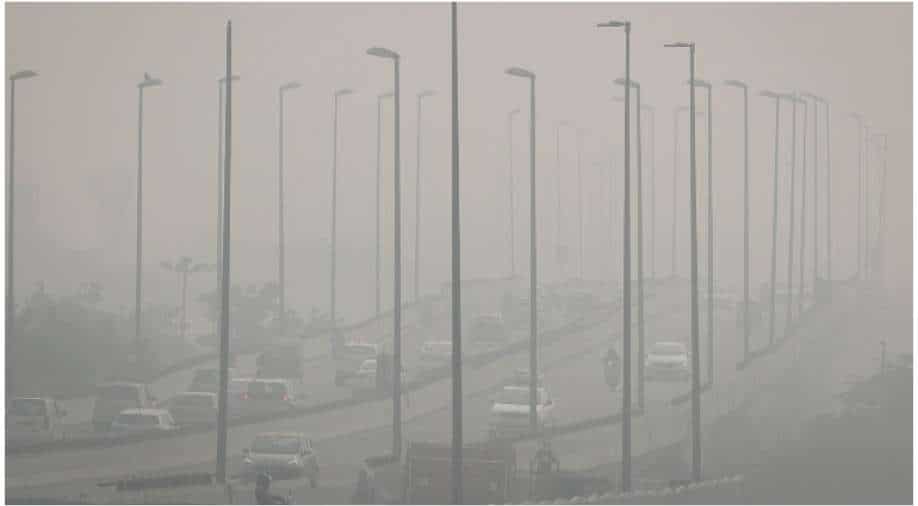 Traffic moves on a flyover on a smoggy morning in India's capital, New Delhi Photograph:( Reuters )

India experienced not just more heat this summer, but more air pollution too. A new analysis reveals that India's national capital New Delhi saw a rise in air pollution during summers in 2022 compared to 2021 with the city's particulate matter levels significantly breaching the permissible limits, a new analysis said on Wednesday. According to the new analysis by NCAP Tracker, an initiative by environment organizations Climate Trends and Respirer Living Sciences,  PM 2.5 and PM 10 levels in New Delhi this year were five times higher than the levels permitted by India's Central Pollution Control Board (CPCB) across the four summer months of March, April, May and June.

In April, levels improved only in Kolkata and it joined Chennai in the cities which did not breach safety limits for PM 2.5, it said, adding that Chennai was also the only city with PM 10 levels within safe limits during April, it said. As per the analysis, similar trends continued in May when only Chennai, Bengaluru and Kolkata saw PM 2.5 levels within safe limits and no city met the safety standard for PM 10 levels. The report said that with some parts of the country receiving rains in June 2022, five Indian cities – Agra, Bengaluru, Chennai, Kolkata and Mumbai saw their PM 2.5 levels improve and within the CPCB safety limits.

As per India's Central Pollution Control Board (CPCB), annual average permissible limits for PM 2.5 and PM 10 are 40 ug/m3 and 60 ug/m3 respectively. The World Health Organization's safe limits are lower at 5 ug/m3 and 15 ug/m3 respectively. The analysis also found that among the 10 cities, another pollutant,  Nitrogen dioxide (NO2), breached annual safety limits of 40 ug/m3 in the cities of Patna and Delhi during March and April this year and in Chandigarh from April to June. As per CPCB, the annual average permissible limit for NO2 is 40 ug/m3 and as per WHO it is 10 ug/m3.

"This year, the country was reeling under multiple heatwaves from as early as March with record-breaking temperatures all across. March was the warmest in 121 years and the country recorded an average maximum temperature of 33.1 degrees Celsius, an all-time-high and 1.86 degrees Celsius above normal levels. Similar trends continued in the following months," it said. The Indian pollution watchdog CPCB and WHO have also given 24-hour safe limits for PM 2.5 and PM 10. While CPCB's 24-hour safe limits for PM 2.5 and PM 10 are 60 ug/m3 and 100 ug/m3 respectively, the WHO's 24-hour safe limits are lower at 15 ug/m3 and 45 ug/m3 for the two pollutants, respectively.

The analysis said that the average PM 2.5 and PM 10 levels for each day show that several Indian cities have continuous streaks of highly polluted days. "In April 2022, New Delhi did not have a single day when PM 2.5 met the CPCB’s 24-hour safe limit of 60 ug/m3. Similarly, a coastal city like Mumbai had only nine days when PM 2.5 concentration didn’t breach the safe limits. "Such prolonged exposure to high levels of air pollution can have an impact on human health," it said.

India launched the National Clean Air Program (NCAP) on 10th January 2019 to address air pollution in 102 cities, to which 20 more cities were added later in the year. These 122 cities are called non-attainment cities.