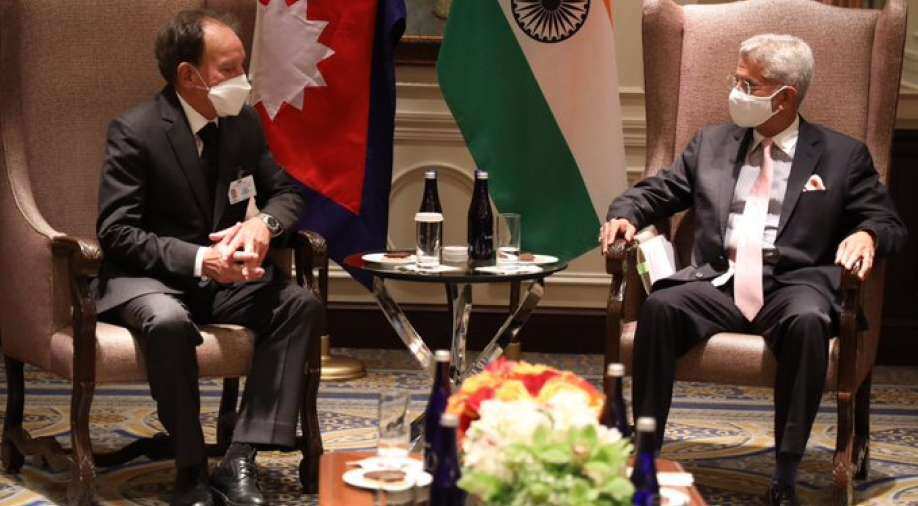 According to the Nepal Foreign Ministry, Khadka thanked the Indian government for continued cooperation in the socio-economic development of Nepal

The development comes after a bilateral meeting was held between Khadka and Jaishankar on the sidelines of the 76th session of the United Nations General Assembly.

According to the Nepal Foreign Ministry, Khadka thanked the Indian government for continued cooperation in the socio-economic development of Nepal.

“The two sides also discussed the challenges posed by the COVID-19 on the lives and livelihoods of peoples of both the countries and agreed to work together in fighting the virus,” Foreign Ministry of Nepal said in a statement.

Agreed that we should work together closely to take our special relationship forward. pic.twitter.com/NA5D3PYBjC

“Pleased to welcome my new Nepali colleague, Dr Narayan Khadka. Agreed that we should work together closely to take our special relationship forward,” Jaishankar said in a tweet.

Later in the day, the Foreign Minister visited the office of the Consulate General of Nepal in New York.

“He instructed officials of the Consulate General to deliver consular services efficiently and promote economic diplomacy of Nepal giving particular attention to export trade, investment, and tourism,” it added.

In addition, Khadka also attended the interaction program with Nepali diaspora which was co-organized by the office of the Consulate General, Non-Resident Nepali (NRN) Association and Nepali community organizations.

He underscored the role of NRNs in Nepal’s socio-economic development largely in the sectors of investment, culture and tourism promotion, and urged them to contribute to Kathmandu’s development efforts.

Earlier, on the sidelines of UNGA, Khadka also held a bilateral meeting with his Bangladesh counterpart AK Abdul Momen, and both sides focused on the need for enhanced collaboration in the areas of trade, investment, hydropower development and cross-border energy trade among others.