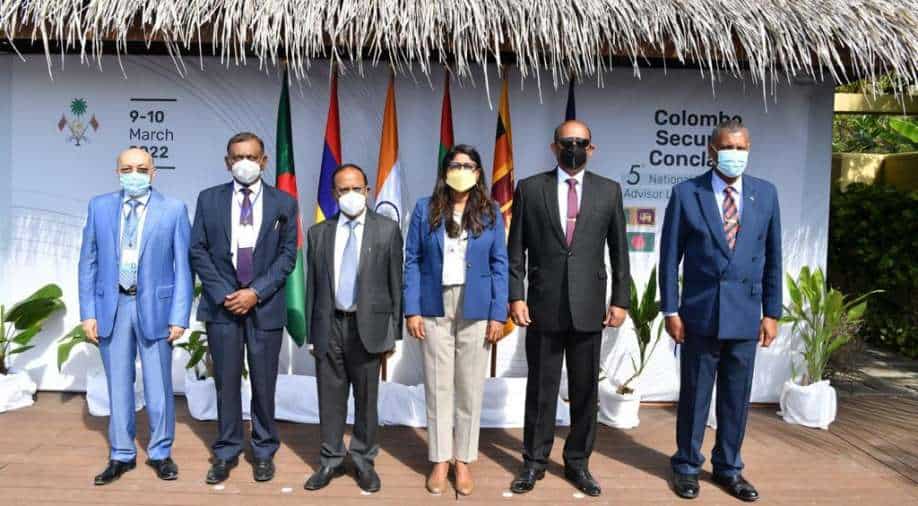 Speaking at the Colombo Security conclave in the Maldives on Wednesday, NSA Doval said, "We remain vulnerable to the threats of trafficking, organised crime and maritime terrorism"

In growing signs of worry with Taliban takeover of Afghanistan, India's National Security Advisor Ajit Doval has said "The problem of narcotics trafficking has intensified in last one year" in the "light of developments in Afghanistan" which is "evident in growing number of seizers in the past year". Taliban took over Afghanistan in August of last year as the previous Ghani regime collapsed.

Speaking at the Colombo Security conclave in the Maldives on Wednesday, NSA Doval said, "We remain vulnerable to the threats of trafficking, organised crime and maritime terrorism".

He pointed out how Indian and Sri Lankan authorities had busted narcotics being transported at the high seas.

He said, "Based on specific intelligence, a joint operation of India's narcotic Bureau, Indian navy along with our Sri Lankan counterparts recently seized over 800 kg of high-quality drug over the high seas that valued over $267 million."

He further added, "Our agencies and services have been continuously working for various such intelligence inputs and will carry out more operations. Close cooperation on such issues will be in our mutual interest."

India's NSA is in the Maldives for the 5th National Security Adviser level meeting of the Colombo Security conclave which includes India, Sri Lanka, and the Maldives. Mauritius has been added as the fourth member of the group, making it a quad grouping.
Bangladesh and Seychelles participated as observers.

At the meet, ​he called for "Institutionalisation of our cooperation with a concrete roadmap and defined charters of objectives", pointing out that "as ​maritime neighbours, we face common security challenges, our national security is deeply intertwined with our collective security aspirations in the region."

The 4th meeting of the NSAs happened in Colombo on November 28, 2020, where India, Sri Lanka and the Maldives agreed to expand the scope and membership of the group and renamed it the Colombo Security Conclave.

At the meet in the Maldives on Wednesday, NSAs discussed the significance of close cooperation between Member and observer countries in maritime safety and security, countering terrorism and radicalisation.

NSA Doval said, "As maritime national, our security at very basic level depends on the security of our coast. Our coasts are vulnerable and numerous threats such as maritime terrorism, smuggling, trafficking. Numerous strategic installations on our coasts that are vital for our security and development and prosperity of our nation and our people."