My final goal is the 2022 assembly elections in Uttar Pradesh: Priyanka Gandhi Vadra 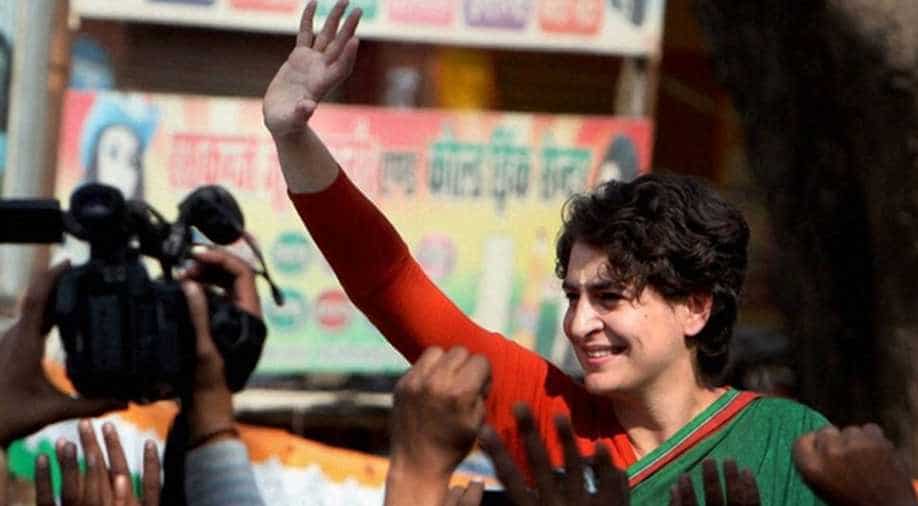 On her first day of interacting with Congress party workers in Lucknow, Priyanka talked about her commitment to the state. That she is here to stay in Uttar Pradesh.

On day one, Priyanka Gandhi Vadra talked about her commitment to Uttar Pradesh. (She was interacting with Congress office bearers in Lucknow.) She told the Congressmen and women that the party needs to take immediate and tough decisions for the Lok Sabha elections so that it remains in the fight, but that her real work in the state will begin only after the Lok Sabha elections.

Priyanka added that she had enjoyed organisational work since childhood since she had been involved with Amethi and Rai Bareilly for a long time and would now bring that experience to reviving the party in the state. By saying this, Priyanka sent out the clear signal to party leaders that she is here to stay in Uttar Pradesh, which Rahul Gandhi could not do despite his intense engagement with UP politics both in the 2007 and 2012 assembly elections.

Rahul Gandhi had mentioned this in his speech on Monday, which Priyanka vociferously emphasised during the closed-door interaction.

This becomes important in the context of the statement by former Uttar Pradesh chief minister Akhilesh Yadav. He categorically denied the possibility of giving the Congress any more seats in Uttar Pradesh, saying, "Congress is part of SP-BSP alliance as we have already left Rai Bareilly and Amethi to them.”

Priyanka also told party workers that once she takes a call on the Congress' Lok Sabha candidates, factional fights should not break out in the unit.

She also took suggestions as to who should be the party's state president. (Raj Babbar currently holds the post.) She also enquired into the office bearers' knowledge of their constituencies. They were asked about the number of booths in their area; some of them could not answer the question.

Priyanka also sought opinions on issues that she should raise before the elections, and on probable candidates for the Lok Sabha elections. She also enquired into programmes that Congress units had organised last year and what more needs to be done at the local level.

People who attended the meeting told WION that Priyanka took copious notes and entertained group photographs after each session.

Jyotiraditya Scindia met separately with office bearers in the same building. He is in charge of 38 Lok Sabha seats while Priyanka is overseeing 42. The closed meetings are expected to last till the evening of February 14 after which Priyanka will close the first leg of her Uttar Pradesh tour.

The biggest challenge for Priyanka Gandhi Vadra is the shortlisting of candidates for the upcoming general elections. On the other hand, there exists a possibility of the Congress accommodating smaller parties to strengthen its position in certain constituencies. A proposal has been sent to Priyanka but she has not taken a call to proceed on the offer.

The Congress has been out of power in Uttar Pradesh for the past 30 years.