With Congress in a shambles in UP, a long and hard road ahead for Priyanka Gandhi Vadra 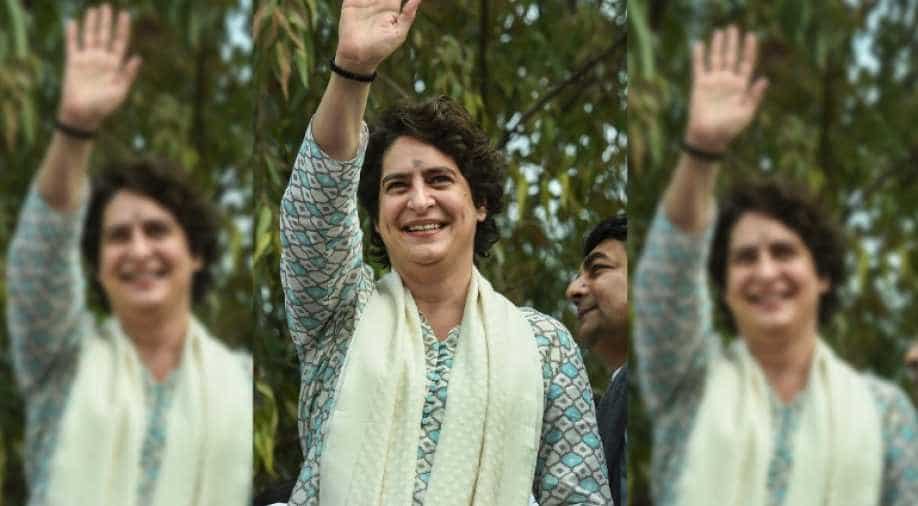 Priyanka's political career was launched with great fanfare on Monday in Lucknow but by no means is UP 2019 going to be a cakewalk for her or the Congress party.

The Congress launched Priyanka Gandhi Vadra's political career on Monday with great fanfare in Lucknow. The 15-km roadshow in the Uttar Pradesh capital was organised to create the right buzz around her induction and send the right signals to a disheartened organisation.

All of that happened.

Congress president Rahul Gandhi accompanied his sister Priyanka through the day. Jyotiraditya Scindia and other Congress leaders were also accommodated on the open-top bus which took the Congress team around town.

When the show came to an end, only Rahul Gandhi spoke. Priyanka did not, disappointing the audience. It looked odd, keeping in mind the publicity her induction and roadshow had generated.

People expect politicians to speak. They should not speak only when it suits them.

They should speak when it is required of them since modern politics has become so much more democratic and participative. Priyanka Gandhi will need to speak more, even if it comes at the cost of the evergreen comparison between her and Rahul Gandhi.

By no means is UP 2019 going to be a cakewalk for the Congress party.

Jind is an example. Even if you are a high-profile candidate, that does not mean you will win the election. And in UP, the Congress should be happy if it is able to find even 20 candidates who put up a good fight.

There were other disconcerting indicators on Monday. The turnout for Priyanka's roadshow was not as large as it should have been, and it was poorly organised.

The elephant in the room remains the problem of stray cattle in UP. This problem affects large parts of northern India — a direct result of the fundamentalist cow politics practised by the BJP, and which has killed the cow-related economy.

Ultimately, in the absence of culling, cattle end up grazing on farmlands, creating havoc in rural areas. The cost of fencing continues to remain high and after a hard day's work, farmers have been forced to keep watch over their fields at night.

The gaushala programmes are a failure.

The BJP used the cattle issue to construct a "Hindu" sentiment. Modi, during the 2014 elections, even referred to the issue as a "pink" revolution.

After coming to power, violence by the gau rakshaks has replaced riots as low-level violence against the minority community.

There was no constructive criticism from the Congress.

Instead of standing its ground, it indulged in competitive communalism, the end result being the Congress government recently arresting three people under the dreaded National Security Act in Madhya Pradesh.

So the issue remains alive on the ground but political parties, apart from the BJP, are yet to take a clear stand on it. The issue will have a decisive impact in UP and the Congress has yet to forge its stand on it.

The decision to go with the SP was taken when Priyanka was informally handling Uttar Pradesh for Rahul Gandhi. The mystery remains but the "27 saal, UP behaal" campaign was abruptly dumped for the "UP ke ladke" campaign which bombed.

Priyanka will have to balance the role of Priyanka as campaigner with Priyanka as organizer. Very few politicians are able to combine both traits. As a general secretary of the Congress, she will have to behave like an organiser but as a Gandhi, she will also have to bear the burden of campaigning and trying to dominate the news space against a very aggressive BJP.

She will have to fish for candidates for the Lok Sabha elections and tackle both Akhilesh Yadav and Mayawati with wit, aggression and politeness.

The BJP, despite its problem, enjoys substantial support in UP from non-Jatav backwards and non-Yadav OBCs.

Mayawati on the other hand still controls the non-Jatav backwards. Akhilesh Yadav too retains the support of Yadavs and Muslims in the state. Both of them have also accommodated Ajit Singh’s RLD which in a few constituencies in western Uttar Pradesh will damage the BJP.

In this equation, the Congress stands nowhere. No state leader has undertaken a pan-state programme in the last six months. On top of it, Robert Vadra is being grilled daily. Though she has taken a position and backed her husband, the issue of corruption will dog Priyanka.

Priyanka Gandhi will get the publicity and Twitter traction. She will also be adored by Congress workers but the question is whether she will be able to salvage the party in the upcoming Lok Sabha election? Will she be able to resurrect the Congress as a pan-UP party which can stake claim to the position of CM?

These are the challenges for Priyanka, and I’m sure she must have gone over them a thousand times.

And lastly, in our dynastic politics, her ultimate challenge will remain her formidable grandmother Indira Gandhi. The comparison between them remains eternal. Will she be remembered as her grandmother, or as her granddaughter?