Mumbai: Rainfall intensity to continue for next 24 hours, says IMD 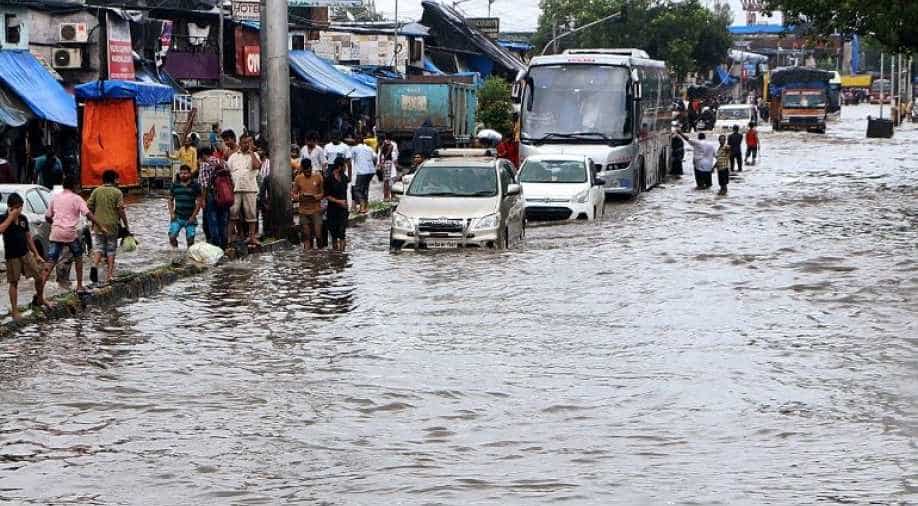 India Meteorological Department (IMD) on Monday said that the rainfall intensity in Mumbai is very likely to continue for the next 24 hours.

"The rainfall intensity is very likely to continue for the next 24 hours. Decrease thereafter over Konkan and adjoining ghat areas of Madhya Maharashtra during next 2 days is likely," the IMD said.

According to IMD, "Intermittent rain with heavy to very heavy falls are likely to occur at isolated places in city and suburbs. Maximum and minimum temperatures are likely to be around 27 and 24 degrees respectively."

It also advised fishermen not to venture out in the sea. Overnight heavy rainfall inundated several areas in the city.

Streets were waterlogged in the city from Sion. Kalyan railway station was waterlogged following incessant rain which affected the daily commuters in the capital.

The Central Railways on Sunday said six trains have been cancelled, six diverted and one short terminated due to heavy rainfall and waterlogging in Mumbai.

Six trains on the affected route in the region were diverted through alternative routes by the Central Railway.

"Due to very very intense rainfall throughout, there is an accumulation of water in different sections of Central Railway Suburban section of Mumbai. We are reviewing the situation every 30 minutes," said Udasi.