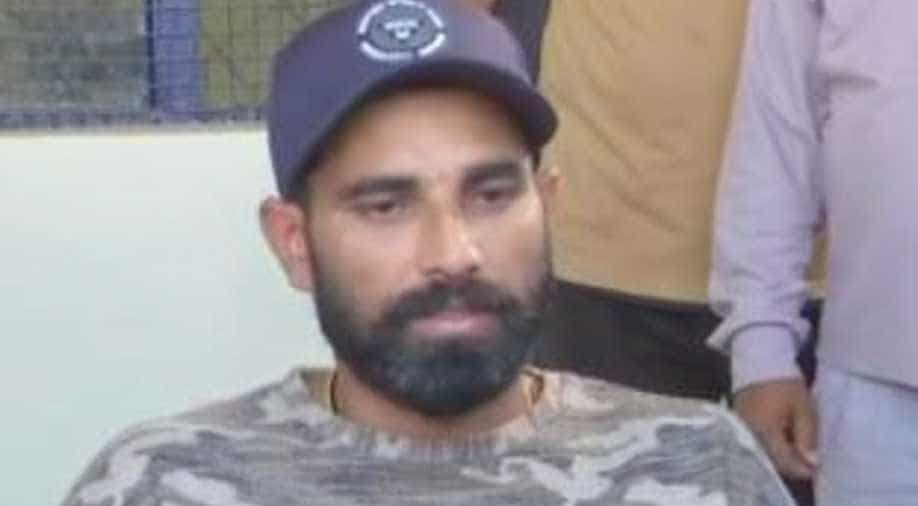 Cricketer Mohammad Shami has said that he wants to solve the matter with his wife by talking.

He said nothing would be better than solving the matter by talking. He also added that if needed, he was ready to go to Kolkata to solve the matter.

He said, " I am ready to talk, whenever she wants".

Referring to his daughter, Shami said only patch up would do good for the family.

If this matter can be solved by talking, nothing can be better than that. Only patch up will do good for us & our daughter. If i have to go to Kolkata to solve the matter, i will. I am ready to talk, whenever she wants: Mohd. Shami pic.twitter.com/XSKdpdIkGj

Earlier his wife, Hasin Jahan had said that she was ready to accept him if he wanted to come back.

Jahan had previously said that Shami would have divorced her and left her if she would not have found out his mobile chat which had the sensual chats.

Hasin met Shami during IPL season in 2012. The two dated each other for five years and got married on 6th June 2014.

The couple has a 3-year-old daughter named Aaira Shami.

Shami is the second husband of Hasin Jahan.

On March 7, Hasin Jahan alleged that Shami abused her physically and mentally and is also involved in several extra-marital affairs.

The pacer was charged under various non-bailable and bailable sections of the Indian Penal Code (IPC), following a complaint filed by his wife.